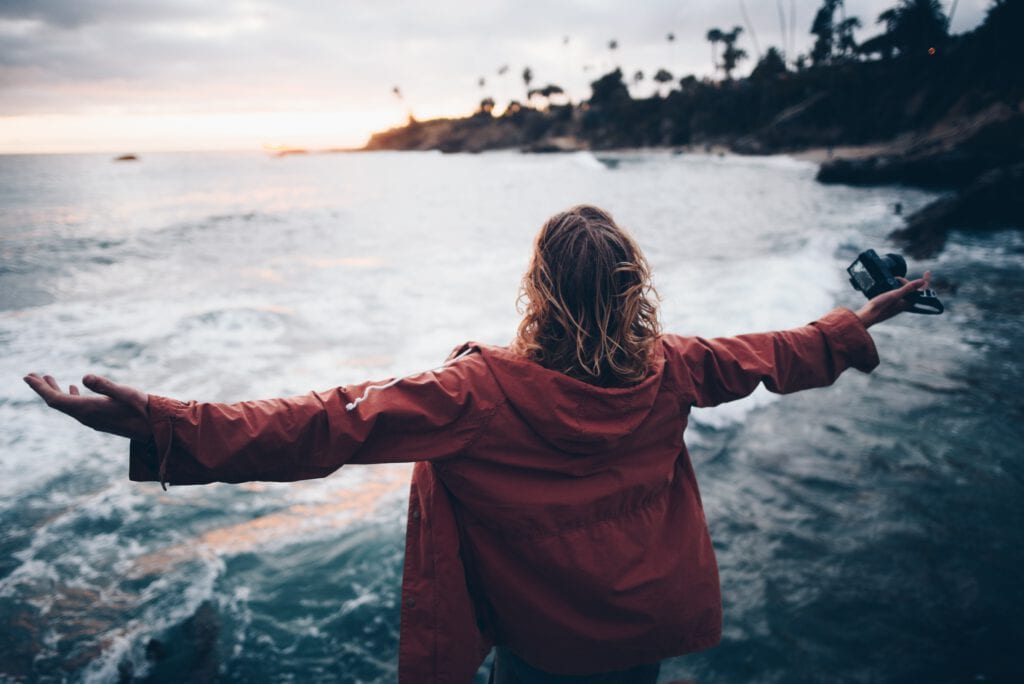 The hamster wheel we call the world is getting faster and crazier.

Everyone is racing around, consuming, living. Thank goodness there are also some people slamming the brakes on, standing up for regionality, deliberation and slow food. For many, happiness, wealth and consumerism are their main goals, but for me it’s calmness – not a buzzword that would be suited to political slogans or revolutions. There’s no god or saint of calmness, not even a metaphorical depiction in the world of art.

Is calmness the opposite of hysteria?

Could you also call it composure? And at what point does it become indifference, anguish or taking a spiritual nap? Yet what’s the use of the calmest calmness when you’re sitting on a plane whose engines have just caught fire, when a dictator has just declared war or you find out that a psy-chopath has your children in their grasp? That’s when it becomes difficult to remain calm. But even then, calmness is a necessity. People find themselves confronted with an atrocity, their own impermanence. Thank goodness there’s a paradise waiting for us, we might think. Is it perhaps the case that individuals’ spirits are just part of a huge collective consciousness, a global soul that forms the universe? Or are we just dreaming our lives and when we die, we’ll wake up in an all-inclusive hotel with a spa, a buffet and a bar?

Life is by no means just a stringing together  of pleasant moments, with irritation caused by disappointments and worries. Thanks to our discoveries in the field of quantum physics, we’re able to see that time and space don’t behave in the way we might expect.

Some neurobiologists believe we’re predeter-mined by our genes. For others, it’s destiny or fate. Then there’s consumerism, the constant feeling of not earning enough, not being able  to afford enough – simply not being enough.  The only reasonable option we have to face all of them is stoic calmness.

Calmness evokes faith. Faith in a higher con-nection, a hidden meaning or the knowledge that a freshly poured beer awaits after work. Without faith, fear about the state of the world eats away at us. We kill and destroy out of fear, put up boundaries, prisons; superpowers hoard unimaginable wealth out of fear of poverty. With a little more calmness, history would be quite a few atrocities better off.

Any time I haven’t been calm – in love, in art, in life – I’ve frozen, which always results in a cramp. But whenever I am vulnerable and have faith, everything works out – at least for the most part.

Life is like surfing. Surfers spend the whole day in the sea waiting for the right wave to ride.  If they choose the wrong one, they don’t get very far, and if they expect too much from a good wave, they freeze and fall off their boards too soon. It’s only when they stay cool that they get that small amazing ride that then becomes their reason for everything. Perhaps it’s not that different with life: we spend most of our time lying around like crocodiles, only we’re not waiting for prey, we’re waiting for the wave. And when it arrives, only one thing will help: calmness.