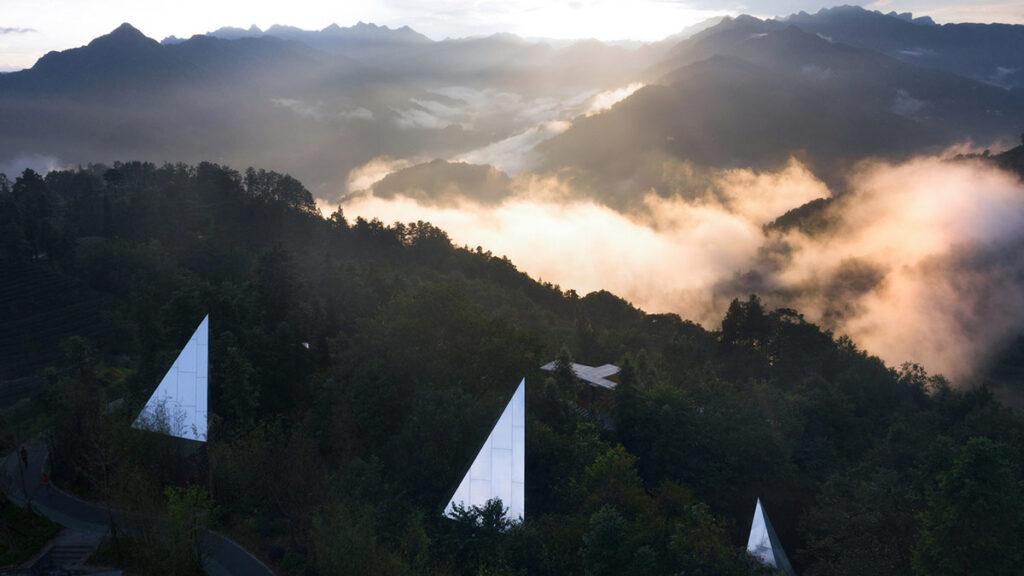 Two architectural studios are continuing the triumphal procession of hut resorts with the Mountain and Cloud Cabins. From their mirrored “spaceships”, the view will in future sweep out into the hilly landscape on the upper Yangtze River.

When the fog hangs in swaths over the forests, they are almost invisible. Then the mirror walls of the huts disappear in the milky blur of the landscape. When the scenery becomes a dramatic postcard backdrop, it is reflected by the facades of the hotel rooms scattered across the landscape. Like the “picture in picture” known from television, but in the open air. The fact that these architectural reflectors bear the name Mountain and Cloud Cabins is quite fitting.

However, the concept of the avant-garde cabin-hotel is not new and has already proven itself in many places. The architecture studios Wiki World and Advanced Architecture Lab have now brought it to the Chinese province of Hubei.

Ridge walk in the ecosystem

But the concept is not entirely uncontroversial. While critical voices lament the increasing loss of unspoilt landscapes, supporters of the minimally invasive construction method hold against it. The individual cabins are usually built on stilts without changing the typography of the landscape. It is undisputed that a conventional hotel building would mean a much greater intervention in nature and the ecosystem.

The 18 panelled wooden huts were designed by the architects of Wiki World and Advanced Architecture for a hotel in Yichang in Hubei Province. Five different models are used depending on the typography. At the bottom of the valley, they have the form of bridges splayed between the slopes. At higher altitudes they stand as modular panorama boxes in the terraced tea fields and between the treetops they protrude like futuristic spaceships.

These pointed loft huts are a 14 metres high. The triangular façade surfaces at the rear entrance emphasise the science fiction character and create the impression of spaceships in camouflage mode. The communal bungalow, which houses the lobby, café and swimming pool, is much more down to earth.

The huts are delivered in prefabricated parts made of cross laminated timber boards and could be assembled in only one day, as the architects report. Plateaus, which are built on stilts, serve as foundations. “The point foundation and the inverted umbrella shape of the columns allow a minimal intervention in the landscape,” says the Wiki World office.

The point foundation and the inverted umbrella shape of the columns allow a minimal intervention in the landscape,

In the interior design there are references to both Japanese Ryokans and Nordic purism. The light-coloured wooden panels, the open fireplaces and the minimalist design are not by chance. Mu Wei, the founder of Wiki World, lived in Norway for some time and wanted to give the cabins a decidedly Scandinavian touch.

China is investing more in domestic tourism, and not just since the outbreak of the coronavirus pandemic. Stylish cabin resorts are particularly popular. In the future, Chinese people will no longer have to take long-haul flights to get the desired dose of hygge-flair. 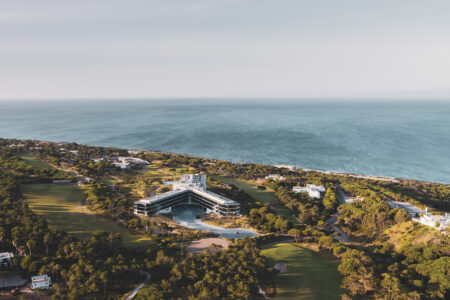 Since the 1920s, the Champalimaud family’s history has been linked to a beautiful spot. Right on the Atlantic coast, just 25 minutes away from Lisbon, they have developed a design hotel boasting contemporary architecture. Miguel M. Champalimaud, Hotel Director, told us all about its history, the best places and the architecture... 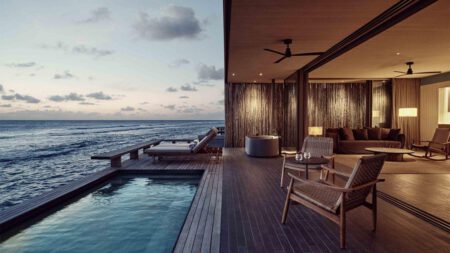 With his first hotel project, Brazilian star architect Marcio Kogan has created a special kind of sustainable island hideaway: The luxurious Patina Maldives virtually hides in nature, which it strives to protect - from construction to operation.