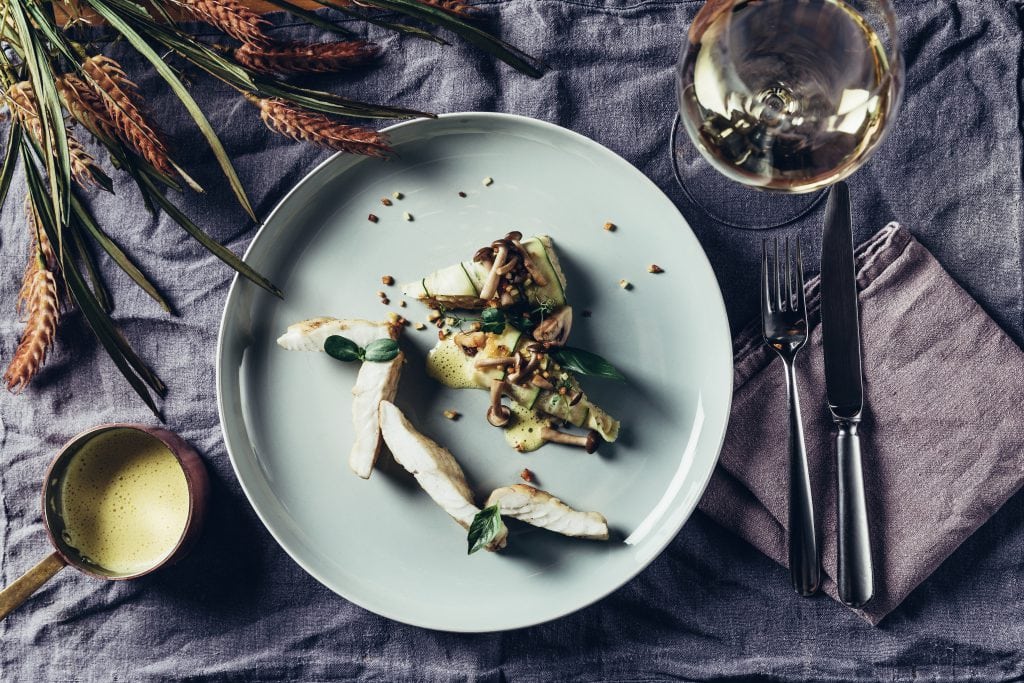 The “St. Peter Stiftskulinarium” combines over 1200 years of history with modern aesthetics, cuisine and hospitality. It is a place for all epicureans and wine poets. Since 803, hospitality and culinary delights have been lived here within the ancient walls of Salzburg’s city centre.

Today, the hosts Veronika Kirchmair and Claus Haslauer offer a unique reinterpretation of time-tested tradition from a thousand years of experience. Excellent award-winning cuisine, historical ambience, good vibes, the finest wines and passionate craftsmanship span a culinary arc from the past to the present at St. Peter. Whether fine dining in the “ACHTHUNDERT&DREI” gourmet restaurant, casual evenings in the “Peter” it-place or at your own celebration

The motto of the Salzburg Stiftskulinariums:
Special places for special moments. According to legend, Faust himself has already visited the St. Peter Stiftskeller.

The Stiftskulinarum is located in the middle of Salzburg’s old town in the monastery complex of the Benedictine Archabbey of St. Peter. In 803, the St. Peter “Stiftskeller” was first mentioned in a document by the retainer Alkuin von York of Emperor Charlemagne. In the 11th century, the focus was on wine trade: Leopold VI the Glorious took the monastery of St. Peter under his protection and allowed the export of 40 carloads of wine from Austria per year. In 1517 Abbot Wolfgang Walcher built a rock cellar with access to the abbey courtyard. The excavated stones were used in the construction of the mill of the abbey bakery.

“Innovation has always been our most important concern. It’s all about cuisine and cellar, competence in service and events. Transporting a historic restaurant into the modern age is demanding, but very fulfilling. We are visited by people from all over Austria and the world who are enthusiastic about true dining in old walls. But young people also like to come to Peter for Sunday brunch. That’s what we want to be: a place for the whole family.”

In 1527, Abbot Chillian Pitricher had the wine cellar extended by a second rock cellar. Carters and craftsmen received a “Weinpfennig” or “Haustrunk” for their work. Little by little, a tavern developed from a wine tavern. In the first years around 1900, Abbot Willibald Hauthaler began to renovate the monastery cellar – at this time the “Willibald Arcades” were also built. Step by step, the rooms were adapted to the needs of modern times – a place whose 1200-year-old walls certainly contain more than just an exciting story.

For every taste and every occasion

Each of the eleven differently designed rooms of the Stiftkulinarium tells its own fascinating story. Whether in the summer lounge in the leafy inner courtyard, in the festive ambience of the noble baroque hall or in the Bürger- & Prälatenstube, the oldest room of the former monastery wine cellar. For 30 years, St. Peter has been looked after with heart and soul by the two hosts Veronika Kirchmair and Claus Haslauer, whose priority is to translate the tradition-rich restaurant into the 21st century.

“The St. Peter Stiftskulinarium is unique! Curious gourmets, passionate wine lovers, the after-work group in search of relaxation, the demanding business client, the exuberant wedding guest, the concentrated congress delegation – they will all be happy here. And we love to make them happy!”

According to the motto “Come to enjoy“, a visit to the “ACHTHUNDERT&DREI” gourmet restaurant is a treat for all the senses. Exquisite cuisine, an inviting ambience and precious wines make Europe’s oldest restaurant more than exceptional. The tasteful fusion of St. Peter’s bonnet cuisine of artful creations and culinary time travel promises uniqueness on the plate, glasses filled with fine wines, surrounded by living history in the middle of Salzburg. Authentic and sophisticated at the same time, the “ACHTHUNDERT&DREI” presents its award-winning kitchen philosophy and impresses even experienced gourmets time and again.

85 points from falstaff, one star, 69 points as well as two wine bottles from À-la-carte and two toques from Gault&Millau and the triple award-winning sommelier testify to absolute excellence.

Place to be for all connoisseurs – The Peter

The “Peter” is the youthful counterpart to “ACHTHUNDERT&DREI”. Here you will find southern dishes on the plate that promise Mediterranean traditional enjoyment.

The motto:
Ambience is also art

Enjoyable lounge music, live music and DJs create the perfect setting for unforgettable moments – including the event series “Later at Peter’s“, the cosy after-work, with a composition of sound and taste. 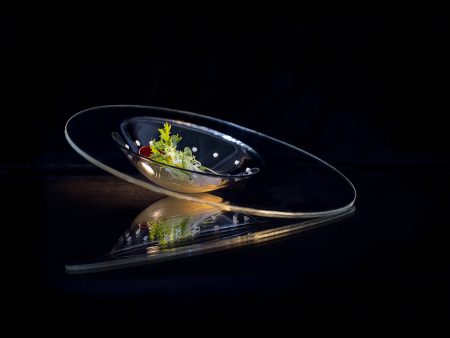 The Boro collection by Crucial Detail explores light, transparency and playful interactions. Made of low-expansion glass, it can withstand thermal shock ranging from freezing cold to extreme heat ... 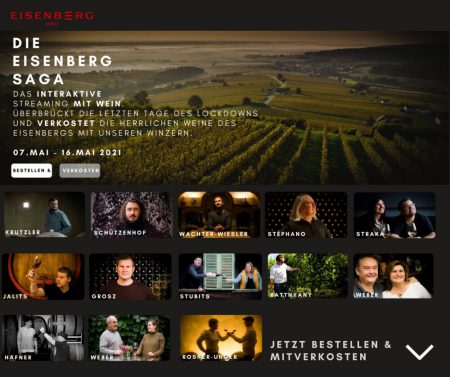 Already seen every series and every film? So here’s the solution: The Eisenberg Saga. This is the perfect […]