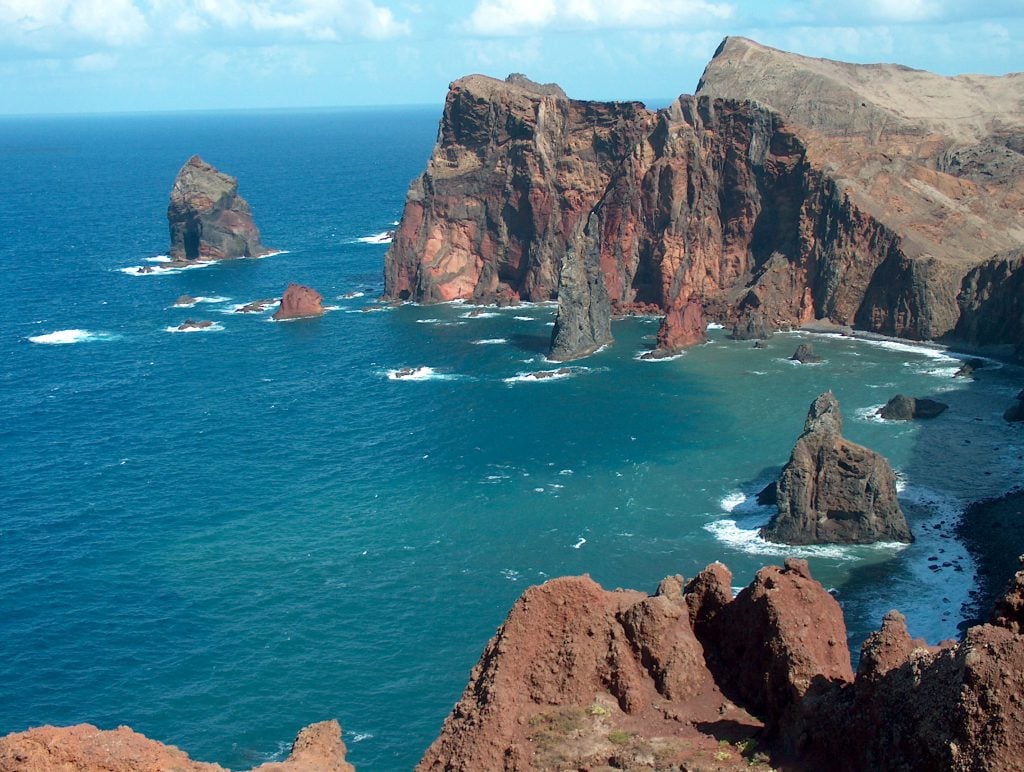 Madeira is “Europe’s Leading Island Destination”. This World Travel Award is not the only reason to find this island fascinating.

The pride of Madeira is of course Cristiano Ronaldo, particularly when the Madeira-born footballer wins the Champions League – even if he rarely returns to the island of his birth.

The “Pride of Madeira” is also the name of one of the island’s most widespread plants, which in English and German has the rather less attractive-sounding names of “viper’s bugloss” and “Natternkopf”. In the USA, the plant of which Madeira is so proud is considered invasive and therefore as harmful to the environment.

But then opinions differ even on the subject of international footballer Ronaldo. The island of Madeira is certainly better suited to plants than to football, not least because the Madeiran clubs, who have limited success in the Portuguese league, have a 1000-kilometre flight before each away game on the mainland. That is namely the distance from Lisbon; Marrakech would be a little closer.

Thanks to its eternal spring, however, Madeira more than deserves its byname “Island of Flowers”: average temperatures do not fall below 13 degrees Celsius even in January nights, and in the hottest months of the year, it is no more than 26 degrees.

Visitors will discover the rich diversity of Madeiran plant life in all its glory in the Jardim Botanico in Funchal. Although “Madeiran” is relative: most of what grows in this extensive park is in fact rather exotic. However, the ever-mild climate means that palms, tropical fruits and orchids all flourish here without greenhouses. The strelitzia, which is actually native to South Africa, has even become the symbol of the island’s flora. In fact, you don’t need to visit public botanic gardens to enter this wonderful world of flowers.

Visitors will discover the rich diversity of Madeiran plant life in all its glory in the Jardim Botanico in Funchal.

The Scot William Reid, who – like so many others – was drawn to Madeira for its mild climate, started work on an impressive luxury hotel named Reid’s Palace in 1887. The hotel is still there, and has over 40 hectares of subtropical parkland. Guests who once resided here include the Austrian Empress Elisabeth (“Sissi”), who came to Madeira for health reasons. She will certainly have taken afternoon tea here, a tradition still upheld today in a hotel with British roots.

But it doesn’t have to be Reid’s Palace: the Quinta de la Bela Vista (“quinta” means vineyard or estate) high above Funchal is a small but exclusive hotel complex. It is also situated in a park that could equally be described as a botanical garden.

Almost everything on Madeira is high. Some hotels right on the coast have their own lifts so that guests can travel comfortably down to sea level. The healthy – but not quite so comfortable – alternative is stairs.

The three highest mountains on the island are something over 1800 metres. That may not sound that dramatic, but as they rise straight up from the sea, they could not be more impressive. Only the third-highest, the Pico do Arieiro, can be reached by road, and that may be because it is the site of a huge radar station. To enjoy this mountain experience, you must be prepared to brave the steep and narrow mountain roads – or you can opt for the local buses and taxis that take crowds of visitors up the hillside every day. From there on, the even higher peaks of Pico Ruivo and Pico das Torres can only be accessed on foot. The paths are good, but even practised mountaineers will need two to three hours one way for tracks that lead you through tunnels and up steps cut into the rock.

To enjoy this mountain experience, you must be prepared to brave steep and narrow mountain roads.

The summits rise out of the clouds that often lie over the Madeiran coastline, and they offer breathtaking views of the coast, the sea and the sky – in the foreground rugged cliffs, dense pine forests and the fields of gorse that bathe broad expanses of land in an intense yellow. In other words, eternal spring. The same is true for the mountains.

And you can take that spring with you. On the first floor of Funchal’s large market hall, you can choose from a dizzying selection of flowers, bulbs, tubers and seeds. There’s just one problem: not many will survive the winter outside in more northerly regions. You might therefore be better buying some candied hibiscus flowers, or sampling there and then some of the many tropical fruits (including a wide range of banana varieties) that grow on the island.

Bananas feature in the island’s modern national dish, espada con banana. The main ingredient, black scabbardfish, is also on sale in the market hall. Caught at a depth of one kilometre, this creature from the deep is one and a half metres long with a snake-like body and frighteningly sharp teeth. Not easy on the eye, but definitely on the taste buds. Only its skin is black, and that only on the surface of the water – but you won’t see either teeth or skin in the island‘s restaurants, nearly all of which feature espada on the menu.

Real Madeirans actually prefer espetada to espada. Like on many islands – above all in the Mediterranean – the traditional food tends to be heavy meat dishes. “Espetada” is skewered meat. Eating sea creatures instead of beef used to be a custom borne of necessity. Until the tourists arrived, first by boat and then by plane. For a few months now, they have been landing at an airport named after the pride of Madeira, the “Aeroporto Cristiano Ronaldo”. 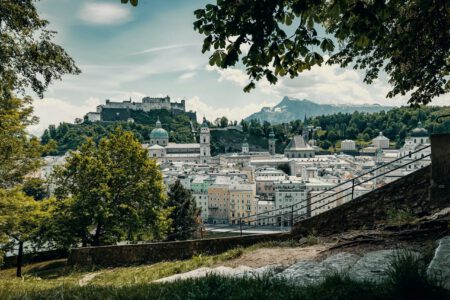 A home in an artistic jewel - When you’re a guest at Hotel Goldgasse, the Gasthof Goldgasse restaurant is never far away. In the heart of Salzburg’s old town, it’s a beacon of Austrian cuisine, a generous dose of modern spirit and passion-filled reinterpretations...