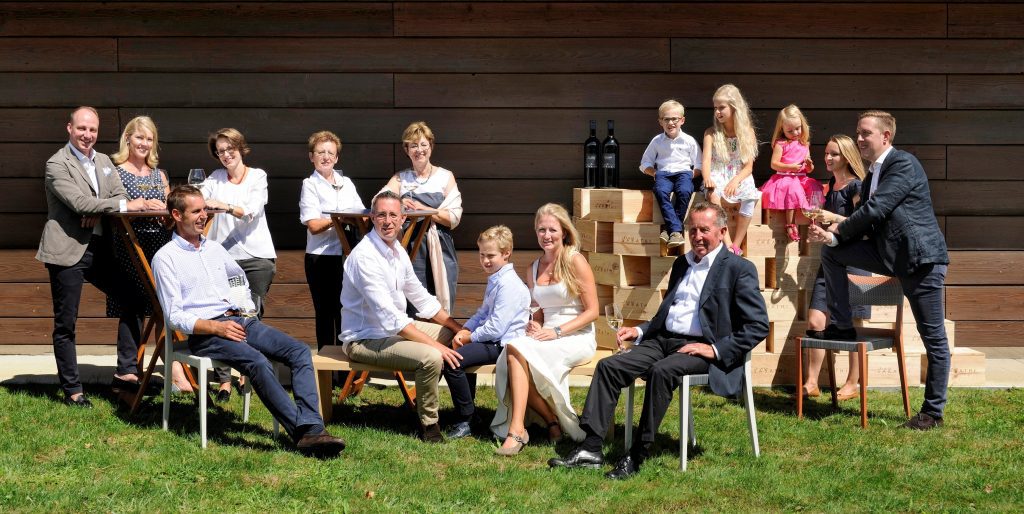 Erwin Sabathi, from Styria, was already awarded wine grower of the year in 2019 by the renowned Falstaff magazine. The secret to his great wines is the bond of his family, who lives viticulture. And the grapevines on Pössnitzberg mountain.

The roots of the Sabathi vintner family in the southern part of Styria go back to the 17th century. For more than 25 years, Erwin Sabathi has been leading the company in the 10th generation. But not alone.

Our strength is the family bond.

The passion for wine, which the Sabathi’s have in their genes and pass on, is also a reason why Erwin experienced a great honour: In 2016, the renowned wine and pleasure portal Falstaff named him the Austrian winemaker of the year. In doing so, he is the first Styrian in 15 years to bear this title. Falstaff Editor- in-Chief Peter Moser justified the decision with warm words: “For 25 years, Erwin Sabathi has very successfully produced great wines from chardonnay and sauvignon blanc grapes on Pössnitzberg mountain. He, himself, has remained astonishingly down-to-earth; in contrast, his wines seem to be more sophisticated.”

A second pillar of success in Austria and 30 countries around the world (from Germany to the USA to Singapore) at which Sabathi wines are sold is Pössnitzberg mountain. Here, the vines grow that yield the grapes for these special white wines. The outstanding quality has its price: the steep vineyard is predominantly cultivated by hand; the yield is limited to 45 hectolitres. Since the year 2016, the vineyard has also been in transition to an organically-certified operation.

At the beginning of this century, Sabathi constructed a specially-designed new wine cellar across from the headquarters – completely according to his ideas and the ideas of his brothers Gerd and Christoph. It serves its purpose in every sense but by no means it is a construction just to serve a purpose. The building, planned by the Graz architect Igor Skacel, was awarded the highest regional architecture prize in 2005, the Viktor-Geramb-Dankabzeichen [Viktor Geramb Memorial Mark]. In the same year, it also adorned the title page of the Parnass art magazine.

Even if Sabathi’s wines are praised internationally, the people who come to Leutschach to try the wines are the ones most important to him. That is because every wine best expresses its qualities where it is planted and vinified.

Great wines must reflect the terroir; the role of the grape variety itself is secondary.