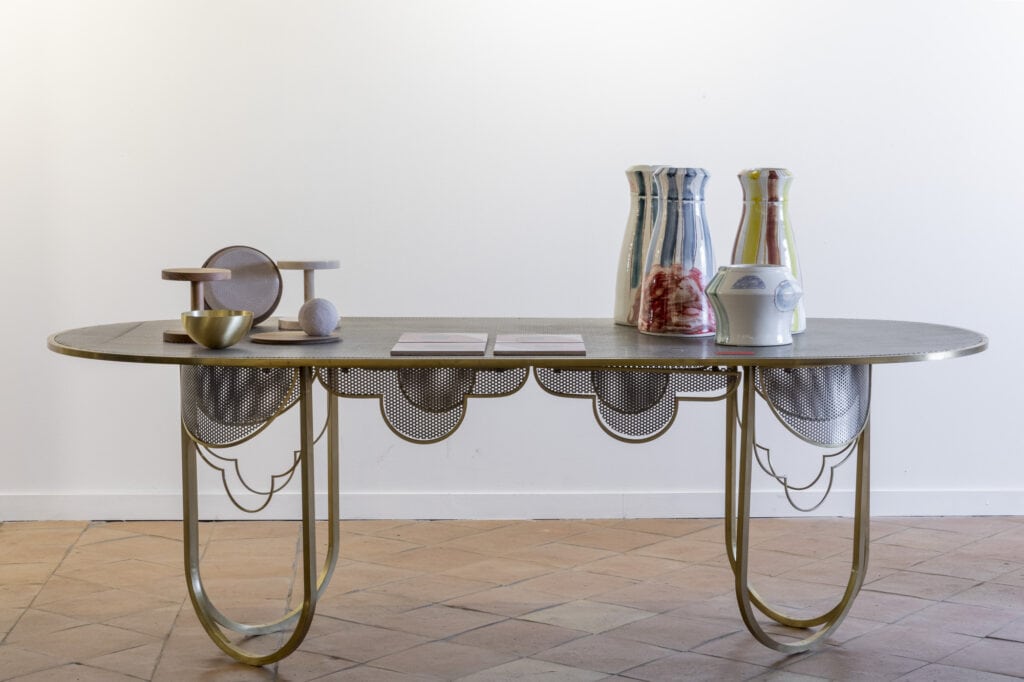 From October 7 to 9, 2022, the fair dedicated to authorial design enlivens the city of Naples among Italian and international exhibitors, special projects and collaborations that promote the territory and look to the world.

There is a lot of buzz around the next edition of EDIT Napoli, the fair dedicated to authorial design which, from October 7 to 9, 2022 (October 6 press preview and opening), is confirmed to take place in Naples.  The fourth edition of the event, aiming to support a new design based on territoriality, sustainability and quality in spite of quantity, will once again animate the spaces of the Complesso Monumentale di San Domenico Maggiore and several other symbolic places of Neapolitan culture.

Established in 2019 and strongly desired by Emilia Petruccelli and Domitilla Dardi – directors and founders of the project – EDIT Napoli continues to welcome and support carefully selected independent designers, design authors, creators and producers (open call still active https://editnapoli. com/application-form), who are not only exhibitors but also potential winners of the prize being awarded each year to the best unreleased works, allowing the participants to exhibit their creations also the following year at EDIT Napoli and at Padiglione Brera during the FuoriSalone in Milan, as just happened for the 2022 edition.

Coming back from the recent experience in Milan, the 2021 winners will return as exhibitors for the fourth edition of EDIT Napoli, together with some names that have been linked to the event for quite some time now, such as Very Simple Kitchen who will be exhibiting this year together with La Pietra Compattata, Margherita Rui with the new brand Dante Negro, Forma&Cemento, as well as new companies and designers including Antonio Lupi, Nodus Rug, Bolzan Letti, Galapagos, Atlas project, No Smoking the Future and a Dutch delegation thanks to the Young Dutch Titans call, launched for the second year in a row in collaboration with the Embassy and Consulate General of Netherlands to Italy.

New collaborations, international partnerships and those active in the area, make EDIT Napoli year after year a valuable occasion for the entire world of authorial design, which for four editions now has found its natural home in the heart of the Mediterranean. An event that attracts a wide audience of insiders and outsiders, confirming its increasingly prominent role within the wider design world.

It is no coincidence that, in order to carry forward and continue to support and sustain the realities that participate in it, thanks to the label Made in EDIT during the event there will be an emphasis on those projects that have come to light in the spirit of EDIT Napoli: virtuous collaborations, special projects, unique darts, which become real replicable lines made by the brand of the event itself.

This year, the protagonist of the Made in EDIT proposals will once again be the HYBRIDA collection signed by Patricia Urquiola, the residency project started in 2020 that tells the story of the architect-designer’s path at the Istituto Caselli Real Fabbrica di Capodimonte, from which a collection that revitalizes the ancient art of porcelain was born in 2021, while enhancing the excellence of world-famous craft production. Two lines emerged from this valuable work: one made up of unique pieces that were auctioned off with Christie’s to enable the restoration of the Capodimonte school’s indoor teaching garden, which will be officially unveiled in October at EDIT Napoli. The second line, on the other hand, by selecting replicable pieces from the first one, has become a collection of porcelain that will be offered for the first time in different colour variants at the fair.

With an eye always turned to the future, EDIT Napoli seals a new collaboration with VID | Venice Innovation Design, the event aimed at sustainability that features the urban regeneration process under way on the island of the Lagoon, owned by the Metropolitan City. The two realities, moved by the common spirit of identifying ethical and environmentally conscious projects, will for the first time be involved in a partnership that will allow some exhibitors selected by EDIT Napoli to take part in the next edition of the event hosted in Venice.

In addition, as part of the October event and thanks to a collaboration of EDIT Napoli with the governmental body WBDM (Wallonie Bruxelles Design Mode) as well as part of Belgium is Design, the documentary film The Object Becomes, produced in 2021, will be presented and will be in circulation as part of international design and documentary film festivals until the end of 2022.

In what has now become a must-attend event, the world of authorial design will take centre stage Oct. 7-9 in Naples, and EDIT Napoli confirms its crucial role as an exhibition dedicated to the future of design, which from the heart of the Mediterranean crosses into national borders, attracting exhibitors, industry insiders, experts and enthusiasts, and visitors from all over the globe.