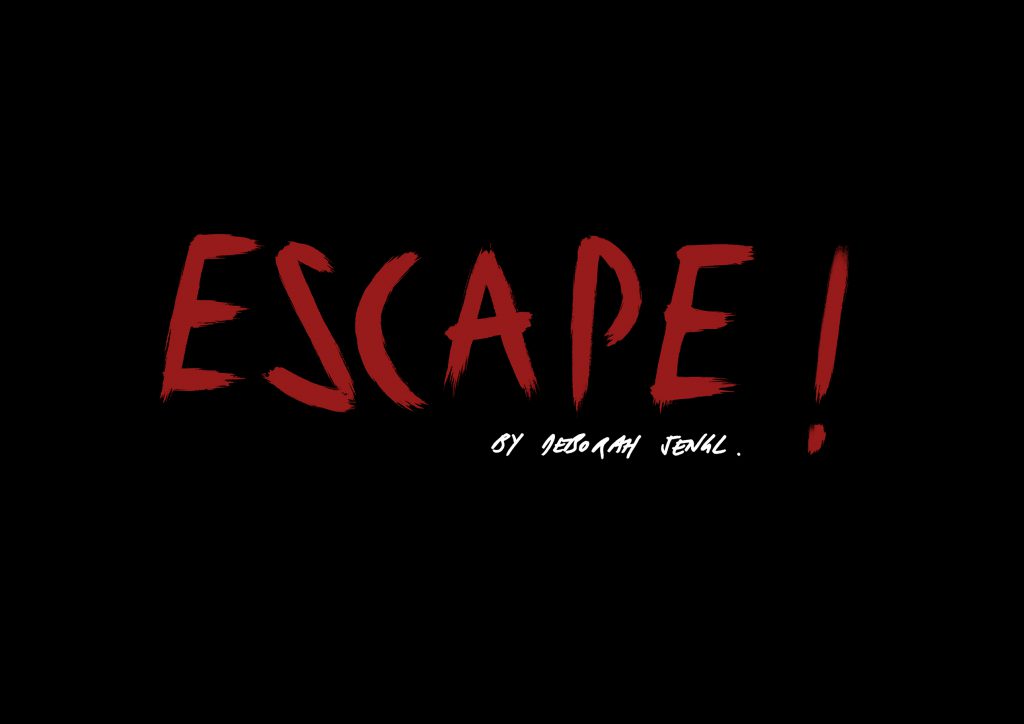 In her new work “Escape!” at MuseumsQuartier Wien in Vienna, Austrian artist Deborah Sengl has used contemporary art to create a 300 sq m experience where visitors can critically engage with the topic of “escape”.

What awaits people in your escape room?

Deborah Sengl: “Escape!” is an artistic experience that explores the very topical issue of flight. Visitors can expect a mixture of traditional escape room methods, exhibition features and multimedia experiences. I am seeking to reach as broad as possible an audience with this highly emotional content.

Deborah Sengl: I am not trying to recreate a real escape experience. An empathic engagement with the hopelessness and desperation of escapees and their stories was and is the main motivation behind my project. To help stimulate a sense of that situation, I confront visitors with various fears, for example the fear of violence, darkness or tight spaces. The focus is not, however, on panic. Instead, I want to tap into our innate emotions by evoking such situations.

Your work always centres on people – what was different about your work on “Escape!”?

Deborah Sengl: My work is always sociocritical. The behaviour or misbehaviour of us humans has always been what fuels my art.

“Escape!” is, however, without a doubt my most emotional work to date.

I have been developing it since 2015 as a response to the so-called migrant crisis. The fate of countless individuals who had lost their livelihoods and had to leave their homes deeply moved me. Many people in this country showed their sympathy and offered help. Other, however, were unmoved, unsympathetic or even rejected those who fled here. That attitude provoked a great sadness in me. Another difference is that “Escape!” breaks with the traditional exhibition situation and involves viewers much more intensely through its immersive approach.

You collaborated with the organisation “Fremde werden Freunde”. What did you learn during work on this project? What moved you the most?

Deborah Sengl: As the seriousness of my project is very important to me, I was committed from the outset to involving an NGO. “Fremde werden Freunde” was set up, like the concept for “Escape!”, as a direct response to the influx of refugees in late 2015. The focus of the organisation is on inclusion and on breaking down prejudices between people of different origins and cultures.

Neither of us see our work as a party political statement but rather as an appeal to humanity.

In the course of our work together, I had the opportunity to get to know a number of people with experience of flight. They offered objects, photographs and their own, very personal stories for the project. This huge trust and their positive response to how this sensitive topic was presented deeply moved me.

Why are some people moved and feel sympathy, whilst others respond with fear (or indeed hate) to the question of flight and migration?

I think that the greatest source of fear is generally the unknown.

Deborah Sengl: Unfortunately, people often unquestioningly adopt prejudices from their family or social environment. Virtual “echo chambers” also have a considerable influence on society. Closed, narrow-minded attitudes are sadly currently much more prevalent than direct and above all emotional engagement with those around us.

Have you also experienced negative reactions to this work?

Deborah Sengl: Not yet, but I am prepared for this project to be polarising and for some people not liking it for a variety of reasons.

This year, we are celebrating the 30th anniversary of the fall of the Berlin Wall, yet we are now seeing more and more borders being created. What is your response to this paradox?

Deborah Sengl: To me, this is not necessarily a paradox, as it is not only the visible walls that divide our world(s). As great as it is that Germany underwent what is known a reunification in 1989/90, I also see a permanent and very dangerous split in society there.

Until we tear down the walls in our heads and above all in our hearts, we are worlds away from coexistence and interaction based on tolerance and peace.

What do you hope to inspire in people when they come out of the escape room?

Deborah Sengl: I want to encourage people to think; I want to appeal to their feelings. We have lost our culture of discussion in a society that only voices opinions that are either “for” or “against”. Ideally, I would like “Escape!” to make a small contribution to a more open and nuanced way of thinking