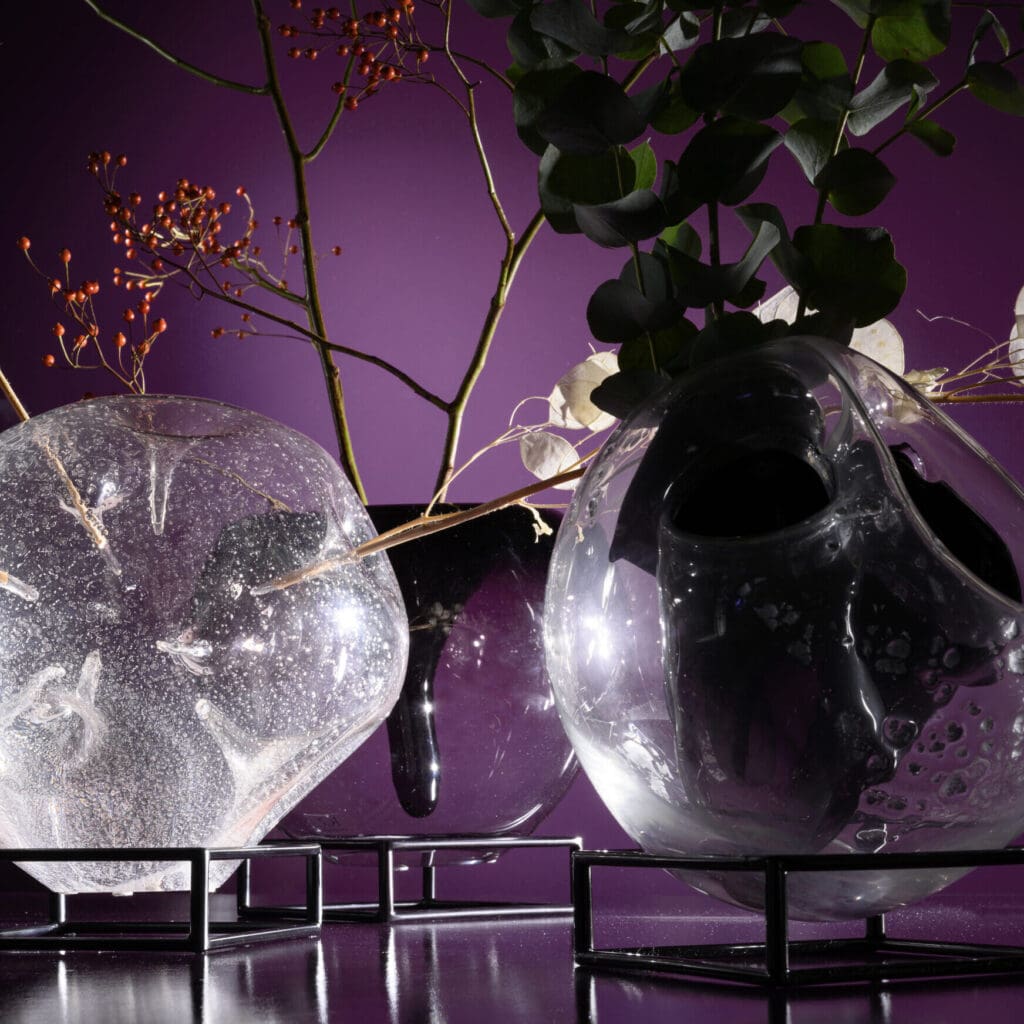 Design is no exception to this same fascination. This endless source of wonder is investigated by an exhibition hosted until February 27, 2022 in the rooms of the CID (Center for Innovation et Design) at the Grand Hornu, a shining example of the recovery of industrial mining heritage in Belgium.

Cosmos unveils the works of designers who have questioned through their works the architecture of the Universe and the hidden laws of physics that govern it, to frame its mysterious appeal. Among the protagonists of this symbolic interstellar journey, three artifacts stand out. They are made by an unconventional brand that with its creations, a fusion between art and design, drives us to the discovery of an alternative world: JCP Universe.

The section Meteorites welcomes an object of desire coming from the stars: the coffer Sideroid Azimuth (2017) designed by CTRLZAK + Nikos Sideris. An artistic artifact and a container of precious items, it is based on the scan of a real meteorite found in “Sikho- te-Alin” impact site, 3D printed and encapsulated in a block of resin. Like a fossil, silent witness to another dimension.

Hosted in the section Galaxies, the artwork Creation of a Universe (2018) by Thanos Zakopoulos is a reflection on the space-time, a matter investigated at the turn of the 20th century by the mathematician Hermann Minkowski as an abstract concept, and then transformed by Albert Einstein, who imagined it as a deformable elastic fabric. In the work of Zakopoulos, this giant leap from theory to the tangible physical world comes to life in a creation made by digital printing on silk.

Finally, the section Black Holes presents the Glome vases (2018) by CTRLZAK. Mouth blown in the island of Murano, these unique glass pieces are suspended in a simple metal wireframe base that completes them in a balance of elementary forms and light.

Glome X alludes to the very first moments of creation, the so called cosmic inflation, a theory that describes how, in its earliest instants, the Universe expanded faster than light. Glome Y is inspired by the classic depiction of a black hole singularity, a point in space that is so dense that it creates a deep gravity sink, and from which not even light can escape. Glome Z lastly portrays Nebulas – the nurseries of stars of our Universe – and in this particular case the Pillars of Creation, an area of interstellar gas and dust in the Eagle Nebula, specifically the Serpens constellation, approximately 6,500 7,000 light years from Earth.

JCP Universe is a complex, multiform and multidisciplinary entity. Open to dialogue and contamination with the art world ever since its foundation, the brand brings at Cosmos its own Universe, its own distinctive aesthetics and a selection of artifacts that are ready to transform our everyday life, inviting us to detect an imagined alternate reality.

By revisiting and experimenting with the existing form of BuzziPleat, a new edition has been developed in the 13&9 Design atelier together with fashion designer Sabrina Stadlober ...