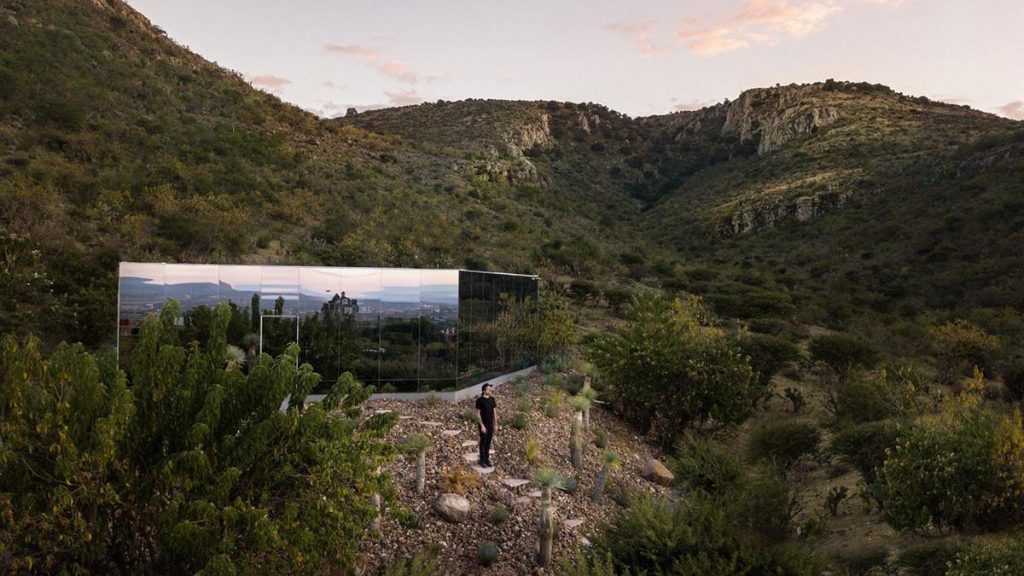 If we are to stay away from each other, then please do it in style. And above all with respect for nature. That’s what designer Prashant Ashoka thought. And he created his Casa Etérea out of the Mexican volcanic soil.

It would be a lie, if Prashant Ashoka claimed that the idea for his extraordinary house on the slopes of an extinct volcano in Mexico, came from the pandemic. It was in his head since years. Corona only acted as an accelerator in the end. It indirectly helped him to put his unusual concept into action.

First things first. Prashant Ashoka is a writer, designer and artist. He actually comes from Singapore, but fell in love with the wild and rugged nature of Mexico a few years ago. The area around San Miguel de Allende in particular inspired the creative artist in a special way.

Years before the pandemic the inner desire for a self-discovery retreat germinated in the artist’s soul. For a possibility to be with yourself in order to be able to become yourself.

My vision was to create a place where you can merge together with nature. A place that is at the same time a kind of theater for nature,

Because he had no extraordinary financial resources, Ashoka quickly began to conceive and plan his personal dream on his own. He was guided by the concept of so-called “emotional architecture“.

A movement that was shaped by the architect Luis Barragán and the sculptor and painter Mathias Goéritz. In their work, the two Mexicans dealt particularly intensively with the interaction between objects and landscape. This is precisely what is evident at Casa Etérea – the mirrored facades directly integrate the surrounding landscape.

Ashoka emphasizes, that the required mirrored outer panels made the project succeeded in generating a deeper sensory response. This reflective facade blurs the border area between the wild and the structured. At the same time, the object assumes a so-called “transitional quality”, as it always reflects the changing hours of the day.

In the morning light the house shimmers like a phosphorescent, blue-colored box, which stands in contrast to the felted blackness of the mountainside at night. In the warm orange colors of the sunset, the volume shimmers like a mirage in front of the landscape before it disappears completely.

A building that raises questions

“Its structural limits never try to change the environment in which it stands,” says the creator of Casa Etérea proudly.

I wanted this interplay of light and time to evoke a deep sense of awe and oneness with nature. At the same time, however, I also want to raise questions about our role as administrators and preservers of our ecosystems,

The name “Casa Etérea” is an allusion to this special quality of the building: translated from Spanish, “etérea” means something like “ethereal” and suggests a nebulous, otherworldly and intangible vision.

But apart from this philosophical component, the house, which is designed for a maximum of two people, follows its logic – stay true to nature. For example, the foundation of the house is built entirely from pieces of rock that were gathered in the immediate vicinity.

Sustainability, from the foundation to the pool

In addition, it is designed in such a way that efficient ventilation in combination with special insulating glass help to cool the interior with as little energy as possible. Solar panels ensure that the entire energy supply of Casa Etérea is possible solely through the power of the sun. In the same way, the water supply is completely sustainable according to its own rainwater treatment plant.

Prashant Ashoka has even thought of the problem that large glass surfaces are dangerous for birds. He coated the mirror elements with a patterned ultraviolet coating that makes them visible to birds while remaining reflective to the human eye.

A loft for two

If you step behind the facade, a loft-like space opens up, which consists of two linear objects that are connected to each other in a V-shape. The resulting large interior is designed to be open. With floor-to-ceiling sliding glass doors, the house can be opened almost completely, which opens up an unrestricted panoramic view of the towering volcanic cliffs in the area. A covered terrace connects a grove of olive and pomegranate trees with the elegant pool.

Inside it is very consistent that the purist has also found its way here: Concrete walls and wooden ceiling beams create an original, reduced aesthetic. Materials such as jute, leather, wood and stone imitate the colors and textures of the surrounding landscape.

In this way I would like to generate a special form of silence on the one hand and offer an opportunity to bridge the distance between us and the natural world on the other,

If one now assumes that the distance between humans and nature is ultimately one of the reasons for the prevailing pandemic, this aspect is probably a particularly contemporary one.

Ashoka says: “Recent experiences have made us very aware of our interdependence with our environment. The fact that we are forced to work remotely and, in many cases, stay at home has created a new meaning for our relationship with sheltered spaces. The year 2020 also highlighted the importance of nature and showed us several possibilities how we can build better again with a stronger, resilient economy in harmony with nature. “

There is nothing to be added. 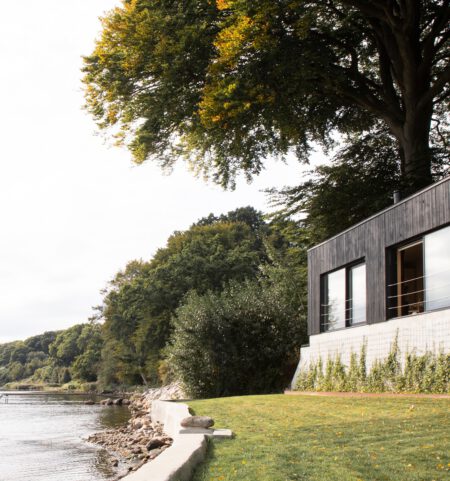 Uniquely located close to the water’s edge on the border of Denmark & Germany, The Fjord Boat House is a unique architectural builing for a peaceful retreat when needed. 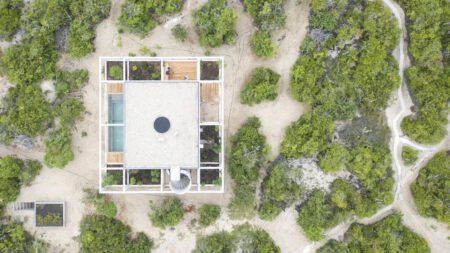 Casa Cosmos in Mexico pursues the idea of lovingly capturing our planet and the entire universe. And that in all its facets ...