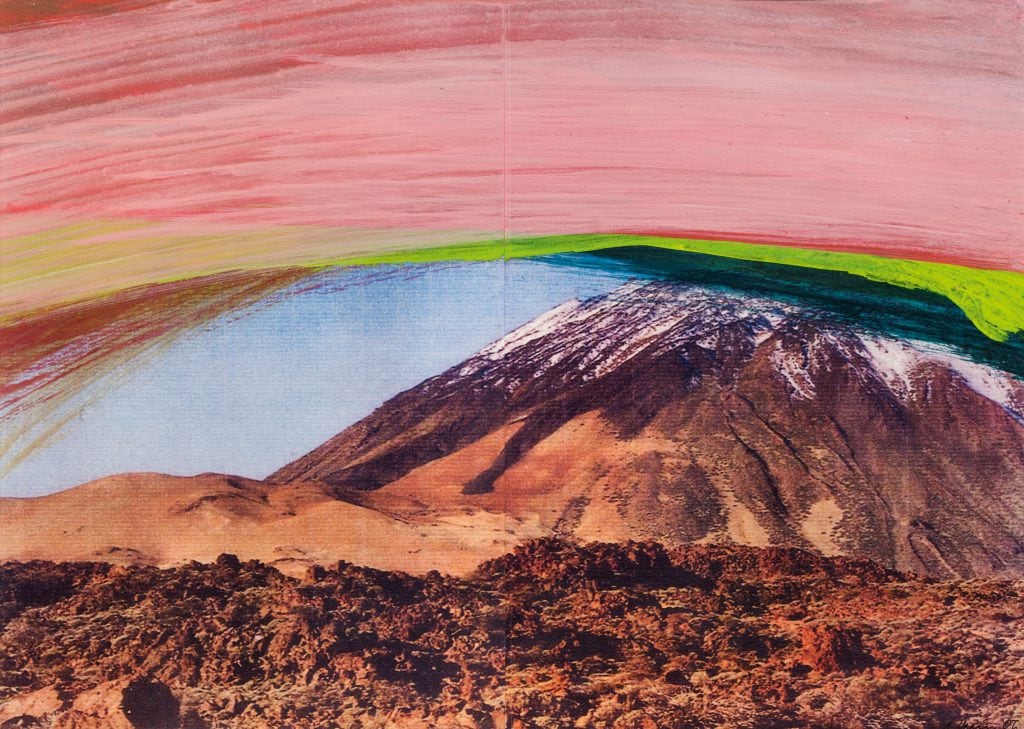 The temperatures rise, the cities are heating up. Who wouldn’t dream of a trip to the countryside or the sea? The auction house im Kinsky has put together an array of wonderful holiday destinations for you, easily reachable by mind and soul – and all without restrictions.

The right hand shore of the Traun near Bad Ischl, 1834

The classic destination of an Austrian summer escape has always been the Salzkammergut and Bad Ischl, where even the emperor Franz Joseph owned a castle. It is therefore not surprising that the painters of the time loved the landscape and travelled up and down. This certainly was the case for Ferdinand Georg Waldmüller, who since 1831 came back to this area every year, appreciating its wealth in painterly motives.

This work shows the right shore of the Traun river with the old wooden bridge in Ischl. Truthfully, the Loser mountain and the dead mountain range dominate the background. Being true to nature was Waldmüller’s first maxime. In a small format, he captures a pastoral scene with subtle color mastery. The house facades on the shore are lit by the sun and shimmer in ochre color, which juxtaposes them to the green shimmery water of the Traun river in the foreground and the blue-green glittering mountains in the background.

Another beloved holiday destination was and is Venice. Similar to Waldmüllers almost dreamlike color sensibility, this work attributed to Felix Ziem shows the Canale Grande in Venice. This painting is testament to the fact that the French artist was very much inspired by the city of lagoons.

Arnulf Rainer also visualised the heat of the summer, although with much bolder colors. His work “Teneriffa” presents one of his typical “over-paintings”. This time, he used a photoreproduction of the Pico del Teide on Tenerife and put his characteristically bold brushstrokes on it. Their strong colors make the viewer almost feel the heat that is pressing on the landscape.

In a dark blue water, as clear as the one on the Crimea, there is the reflection of Georg Jung’s Narcisse. Colors played an important role in Jung’s work, he was very much interested in the science of colors. He thus invented a kinetic machine named “Colormobile”, which managed to combine various color constellations. The artist, who hailed from Salzburg, created the sun dial on Salzburg’s university building and a fresco in the Franciscan church.

Landscape near the Sixtina source in Oberschützen (Burgenland) , 1954

There is a similar warm colorfulness in Otto Mühl’s landscape in the Burgenland. The heat of summer is palpable in the golden spikes; no cloud moves in the skies. But the viewer could seek relief from the heat in the dark shadows of the trees on the left, which create a stark contrast to the bold yellow of the field.