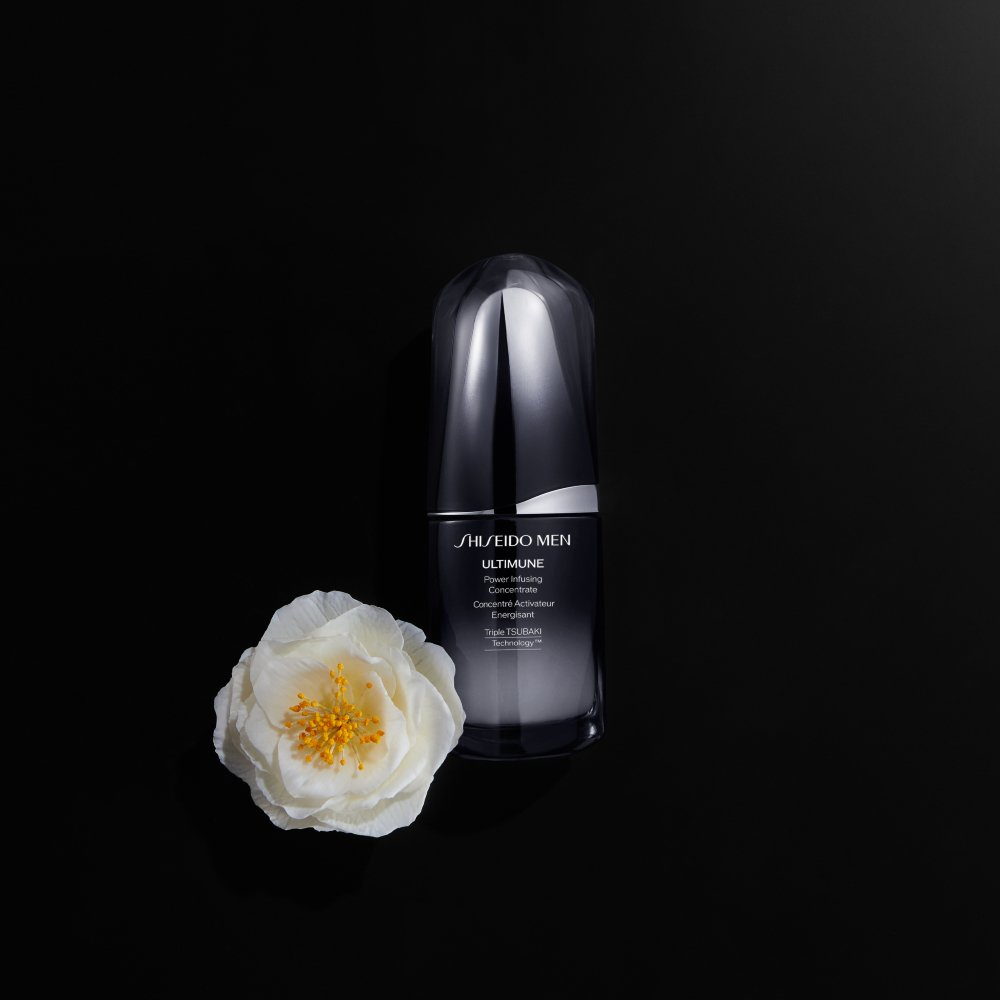 Since the launch of SHISEIDO MEN 19 years ago, years of development have gone into identifying the particular weak points of men’s skin and continually redefining the SHISEIDO care philosophy for men.

The Shiseido Men Ultimune Power Infusing Concentrate gives men’s skin a look of vitality and energy. It minimises the appearance of wrinkles, rough patches and dryness, and supplies moisture thanks to the Triple TSUBAKI TECHNOLOGYTM, which relies on Japanese camellia extract.

TSUBAKI is a Japanese camellia, also called Tsubaki in Japanese, and is closely related to traditional Japanese culture while being deeply rooted in the lifestyle of the Japanese.

The Shiseido Men Face Cleanser gently removes impurities without taking away any of its essential moisture. Thanks to the Dirt Cleansing technology, the skin is relieved of dirt, excess oil and product residue. The rich, fine-pore foam with active skincare ingredients can also be used as a shaving foam.

The Shiseido Men Energizing Moisturizer Extra Light Fluid supports the skin’s own ability to regenerate and minimises the appearance of fine lines and dryness, and can also be used as an eye cream.