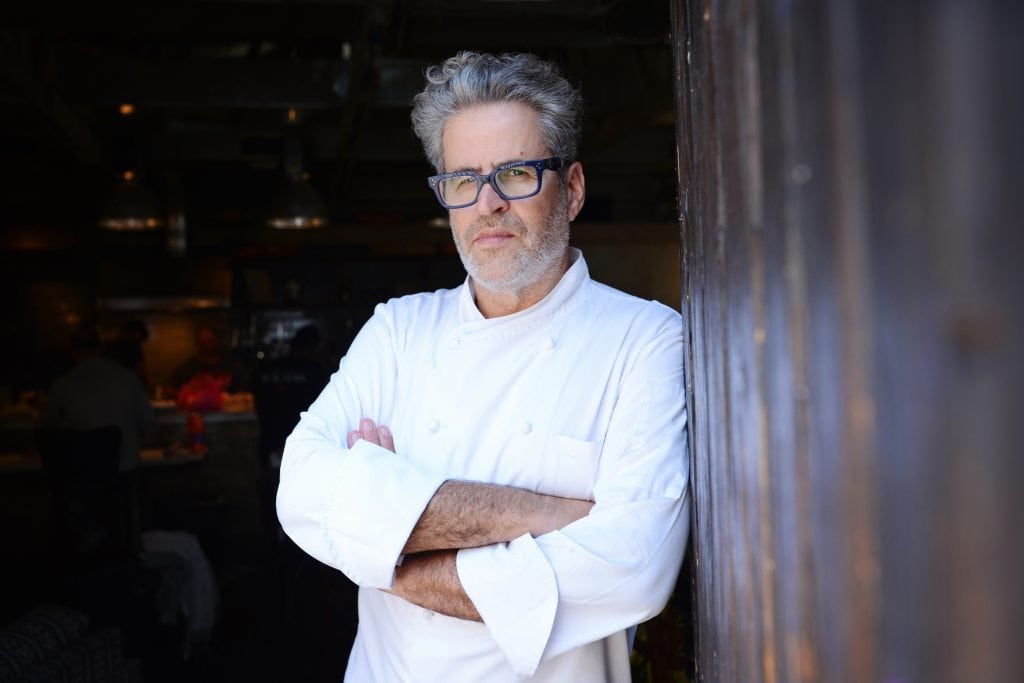 Seven North is the second culinary offering in Vienna from celebrated Israeli chef Eyal Shani, who is known as the “King of Cauliflower” because of his excellent way of preparing the versatile vegetable.

Seven North brings together a comprehensive palette of colourful, aromatic ingredients with a dynamic, almost chaotic atmosphere that provides the perfect setting for guests to enjoy simple, fresh food,

While we were having to get along by ourselves or with our families, Seven North was sharing simple and delicious recipes on Instagram, with “Eggplant lines”, tahini sauce, “Melting Spinach Steams” and espresso Martinis aiming to bring some of this dynamic, somewhat chaotic atmosphere into kitchens around the world.

“King of cauliflower” and well-known chef Eyal Shani about his life during and after lock down and about the good in the bad.

Why was it natural for you to “reveal” your recipes on Instagram?

Do you think the people appreciate even more to eat your creations at your places after this time of “waiver”?

Each one of us found the point of the focus that you cannot find it outside. The new feeling inside changed the outlook on the outside which make people appreciate the thoughts behind creations.

How did the lock down affect your team spirit?

I think that the lock down sent everybody to meet themselves, there are very special meetings that are happening in this situation. Each one of them found a completely different human and soul that waited for so long for this meeting.

The result is that we are gathering stronger and the food we make and the energy in the restaurants is much better than ever.

How did this feel for you not to be able to do your work?

When there is big and drastic movements in the pace of the world happening like this you work all the time.

Can you draw something positive out of the lock down seeing from a professional point of view?

I changed the speed and the energy.

Instead of putting it outside to follow the traffic I converted it into a deep inner energy and from that point of view I could see everything clearer and cook better.

Were you able to use the time to develop something new for instance new dishes? If yes, what was the output?

That is a good question. I pick my brain to find the future food of the world. Three months I spent on my own thinking about it. Without understanding nothing without seeing any vision and then one day, I understood everything. Before the corona, we found the food of the future. Food is not just food it’s the environment, the people that are creating it, the relationships between the people in our team, the way of working, the way of managing a business, our clients happiness, the matter of paying attention, of respecting people and respecting the food.

In the way, that we create our food and think about food that religion was found before the corona time and now we have to make very small changes and frame it into the future.

What are your feelings for the next few months?

The world has changed. It will be much more intimate. I think that all the frames that the world had are now melted, so we need to build a new frame. People will much more together, they will not try to follow the outer noises and the high speed they will try to find themselves.

One of the best ways to find themselves is to find the food that will fit in this kind of life.

Eyal Shani is a renowned chef famous for his southern mediterranean culinary influences. The Seven North in Viennas Max Brown Hotel joins Shani’s notable list of eateries. Recently, the Israeli celebrity chef opened the HaSalon in New York’s Hell’s Kitchen. These are joined by the North Abraxas, Port Said, Romano and HaSalon in Tel Aviv and the Miznon, which can be found in Paris, downtown Vienna, as well as Melbourne’s central Hardware Lane and New York-Chelsea Market.