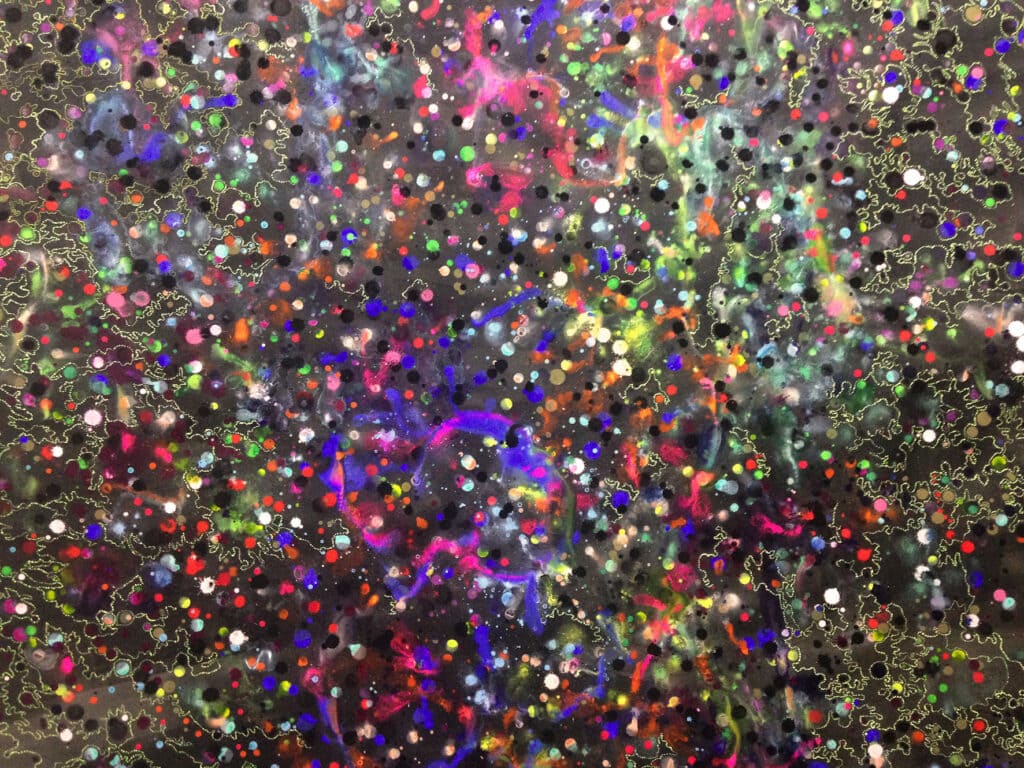 The ALBERTINA Museum is the first institution of its kind to devote a sweeping retrospective presentation to Michela Ghisetti. The oeuvre of this artist, born in Bergamo, Italy in 1966 and a resident of Vienna since 1992, fluctuates between the poles of abstraction and figuration.

Ghisetti’s works interweave elements both biographical and emotional as well as philosophical and art-theoretical. This gives rise to conceptually stringent, humorous, and intuitive groups of works in which the artist continually explores new content and the most varied materials.

Reflection on the sequence of motions in her work process represents a further constantly present aspect of Ghisetti’s output. And since the beginning of her career as an artist, Michela Ghisetti has been weaving together an incomparable fabric of temporal, thematic, and motivic axes, thus revolving both formally and substantively around her central questions of art and human existence.

Finally, women and their socially assigned roles embody a theme that has always been present in Ghisetti’s art in the most varied respects, and her most recent works confirm this interest. The present exhibition at the ALBERTINA Museum surveys Michela Ghisetti’s past and present, covering a period of nearly 25 years.

Dots and circles have appeared in Ghisetti‘s work from the very beginning. With the series Tutto, which began in 2016 series begun in 2016, they now conquer the entire pictorial surface: small and large dots unfold a universe of infinity universe of infinity, in which the vision of a reconciliatory coexistence of the most colours, shapes and sizes becomes a political statement that encourages a respectful a call for a respectful life in the midst of diversity.

In the case of In Whose Watery Vastness Life Began, not only does the format explode, but also in terms of content, water is added to the dot as a mystical symbol for the source of all things through the title as a metaphor for the origin of life as well as the subconsciousness that co-determines us.

The room-filling sculpture Unus Mundus consists of two chains, one of black spotted, the other of pale turquoise glass spheres. Complementarily conceived, they touch and overlap each other. With this work, Ghisetti also wants to show the necessity of integrating apparent opposites and allowing diversity.

Che Bambole! is a cheerfully interchanging group of ten puppets, as Ghisetti calls them. Each has its own name and its own character and structure. And yet they form a community, they are a unit. Ghisetti spent a long time in Africa, where she was inspired by sculptures of tribal art. The series revolves around the theme of appreciating female diversity, which is represented here by the dolls composed of the most diverse materials.

Especially in our pandemic-ridden times, Michela Ghisetti’s most recent works become a call to see oneself as part of a whole and to take responsibility for the earth and society. 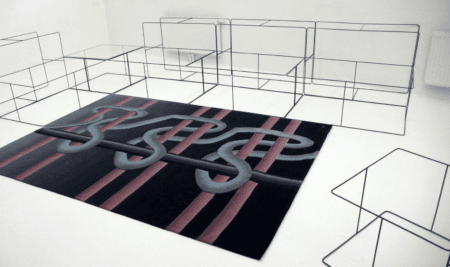