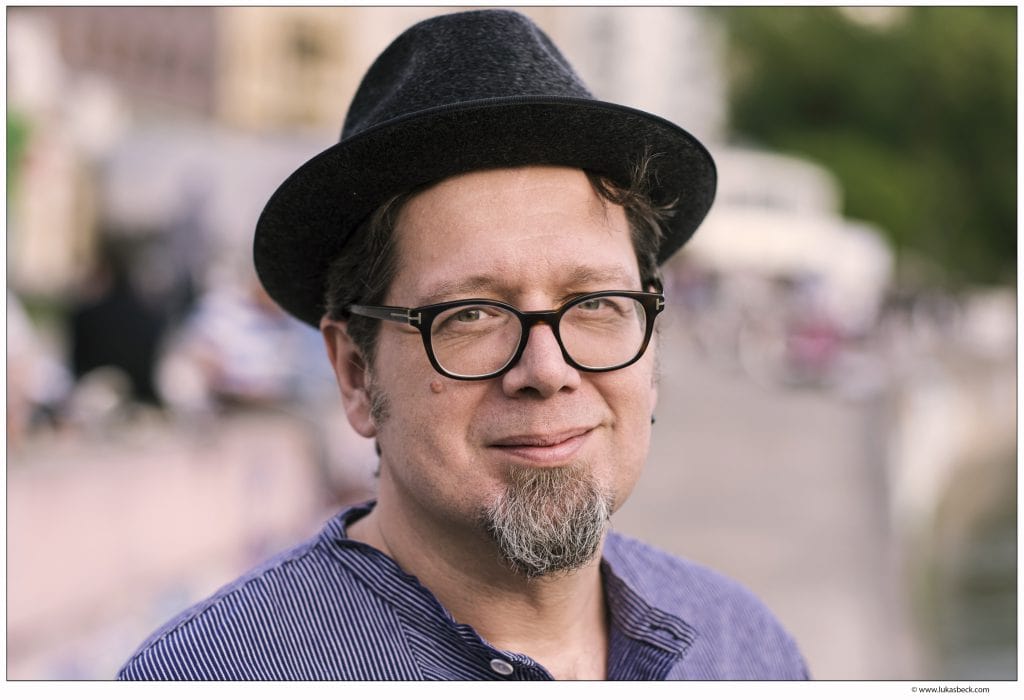 You do not need to travel to Papua New Guinea or Tierra del Fuego to have an adventure.

– sometimes all it takes is shopping at the local minimarket, and often simply finding th nearest grocer’ is a challenge.

Each New Year’s Eve, my girlfriend organises a paper alternative to traditional lead-pouring (Bleigießen) to predict our fortunes for the coming year. Each of us pulls a slip of paper from a box, with a word that tells us what the New Year will bring. My word this year was “conquer”. It so happens that I am currently working on a novel about the 16th-century Spanish conquistadors, brave men who left their homes and families to explore the unknown. Foreign countries, peoples and treasures – that were often appropriated and destroyed in a pretty brutal fashion under the guise of missionary work. The conquistadors’ thirst for adventure not infrequently ended in slaughter, and the Spaniards’ military strategy, in which 200 soldiers defeated armies of 100,000 warriors, was as simple as it was immoral: lies, deceit and treachery.

Nowadays, before you set out on a journey, you get vaccinated against all possible diseases, which is often more expensive than the air fare, take out travel insurance and stock up on mosquito sprays and clothes with the IQ of a genius. What is more, there is hardly anywhere in the world where you can’t upload your holiday snaps or order a fusion pizza with ceviche and caipirinha using some app. The chances of experiencing a real adventure today are generally limited to guided excursions. It is hard to believe that just 20 years ago, phone calls were prohibitively expensive and papers from home arrived – if at all – at least two weeks late on your Mediterranean holiday.

But what is an adventure?

Some people can go twice round the world without it changing them or their outlook one iota, whilst others experience the extraordinary without ever leaving their own four walls. Adventure is about curiosity and a willingness to expand your horizons. Many see, some observe, but only a few truly understand. You do not need to travel to Papua New Guinea or Tierra del Fuego to have an adventure – sometimes all it takes is shopping at the local mini-market, and often simply finding the nearest grocer’s is a challenge.

In Spain, they do not call the conquistadors “conquerors”, instead using the euphemistic terms “explorers” or even “friendly cultural ambassadors”. The very trip over the Atlantic in a fragile caravel must have been terrifying. The horses were suspended in steerage in harnesses resembling oversized baby suits. Imagine no fresh water, no toilets, and doctors with a penchant for amputation. And then months of marching through an unknown land with wild animals and indigenous people whose initial welcome rapidly disappeared. Tropical diseases, unimaginable hardships, bad food, and perhaps, just perhaps, the good fortune to find cultures that presented gifts of gold and pearls to the “sons of the sun”.

It is human nature to want to cross borders, explore the new – probably until we reach the very edge of the universe. Some adventurers, however, are content simply to read about these things – even if our fortune for the New Year is to “conquer”. But if you are looking for an adventuring tip, I recommend the four-day hike from Santa Marta to Cuidad Perdida in a Colombian Indian reserve – challenging, but wonderful: a few lost cities are in fact still there to be discovered.