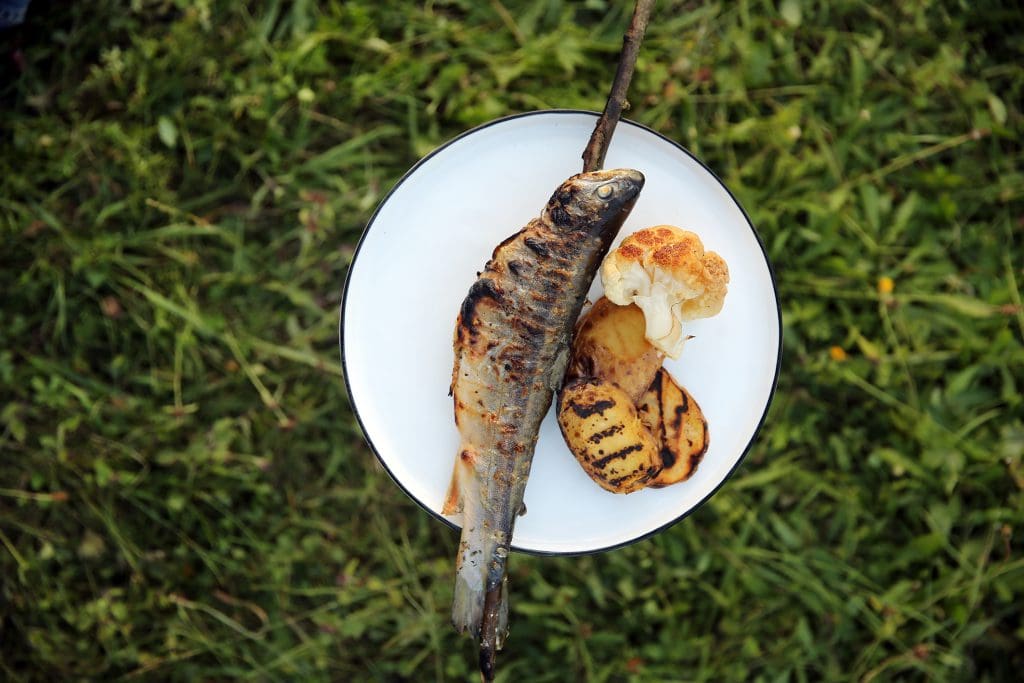 Borderline amazing eating and drinking experiences in Austria and Germany – with concepts that could not be more different.

People in Mostviertel want to learn, and are harnessing the potential of a whole region to slake their thirst for knowledge. The “Mostviertler Feldversuche” – literally “field trials” – are a chance to witness culinary experiments and experience unexpected flavours from top-class chefs at unusual locations and with local ingredients.

More than one aspect of this meal was unique: all dishes were expertly prepared in a “field kitchen” without electricity, and the scenery on a beautiful late summer’s day was simply a dream. We can look forward to more “field trials” this year and in 2020.

“Einstein unter den Linden” in Berlin is usually famous for Backhendl Viennese chicken with Erdäpfelsalat (potato salad), Wiener Saftgulasch goulash, marinated Tafelspitz prime boiled beef with pumpkin seed oil, or apple strudel – in other words typical Austrian cuisine. The management team at GRILL ROYAL that took over the establishment in early 2016 does not want to change that. To mark the anniversary of the fall of the Berlin Wall, however, a special set menu has been served on the evenings of 4 to 10 November. It is a culinary celebration of the reunification of East and West Germany.

The meal started with spicy and sour solyanka, a soup that is part of eastern European cuisine. Diners could then feast on Falscher Hase meat loaf and for dessert Frankfurter Kranz on kalter Hund, a symbolic meeting of East and West. Kalter Hund – literally: cold dog – is a chocolate no-bake sweet reminiscent of children’s birthday parties. The reunification menu was accompanied by a Pinot blanc from the Thuringian vineyard Zahn, the red cuvée “Heimat” from the Josten & Klein vineyard in Central Rhineland and a walnut schapps from the speciality Meissen distillery Prinz zur Lippe. 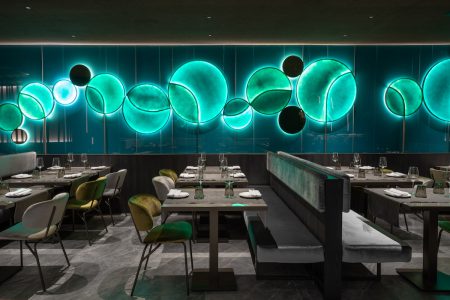 Strings of light, sculptural fluidity and boreal shades: a new degree of experience for Moya restaurant. The Italian architect Maurizio Lai redesigns a fusion cuisine restaurant in the North of Italy with bright installations, bold signs and abstract geometries ... 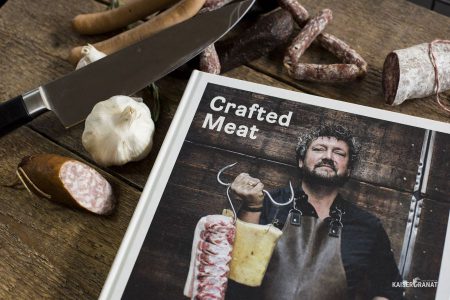 Crafted Meat documents current developments in today’s new meat culture for both epicures and makers. The book offers must-know information, delicious recipes, and expert tips for cooking enthusiasts and anyone who cares about what they eat ...