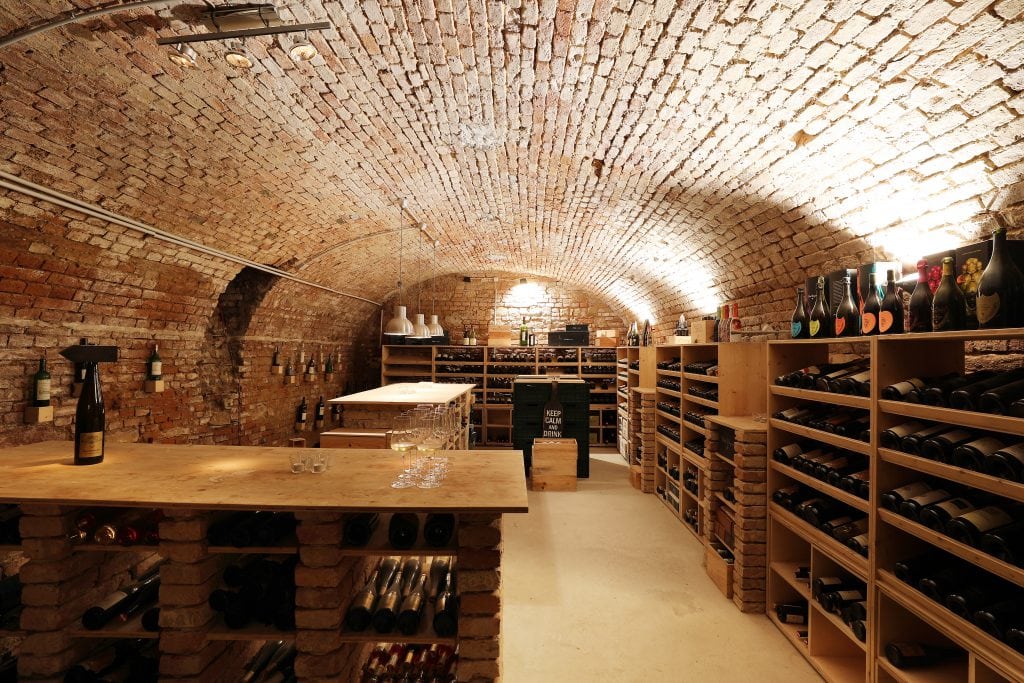 What do you think of wine as an investment? Does it make sense? THE Stylemate asked two wine merchants in Vienna who were bound to know. They explained to us why wine is first and foremost a passion and treated with awe and humility, and why all roads lead to Burgundy.

The most beautiful triviality in the world

Change of scene. It’s still hot in the city and we couldn’t have chosen a better meeting point for a refreshing conversation: one of the cellars belonging to “trinkreif”, which is located near the Stadtpark in Vienna. “trinkreif” was started by Markus Inzinger and Clemens Riedl in 2015, when they devoted themselves to “the most beautiful triviality in the world” – vintage wines. Our conversation gets right to the point. “What was important to us from the very beginning was our own passion for wine and understanding the collectors who want to sell their wines. If someone wants to sell their wine collection, it’s not always for the happiest of reasons,” explains Clemens Riedl. For this reason, you need to understand that there’s always a touch of wistfulness involved, and the seller is less interested in getting the maximum value for their collection than they are in making sure their wine goes to a good home, where it will continue to be valued.

“We would also never say that a wine has no value. It may have no material value, but it usually has sentimental value.”

They also place huge value on their reputation at “trinkreif” – it’s important no matter whether you’re dealing with the secondary market or buying directly from the vineyard. In a community that isn’t really that big, those who have proven their character will be rewarded with great wine. “A wine producer in the premium sector always enquires about the retailer, as their goal is to get their wines to the right people. That’s why they need a retailer that can guarantee that will be the case,” says Markus Inzinger from experience.

If you’re buying on the secondary market, it’s always done in person, so a visit to the seller is arranged in order to get a better idea of the scope of the sale. There are many anecdotes about this kind of purchase, like the one about the electrician with the Petrus. “We’d received an inventoried list in advance and it was impressive. I already had an idea in my head of the kind of person that had accumulated this collection, but when I turned up in a tiny town in an even tinier pedestrianised area, I got quite a surprise. He was the village electrician. He took me to his property, where next to his modest house he’d built an outbuilding. And that’s where I was totally blown away. I was so taken aback that I had to stop for a second. It was an enormous collection and he had never drunk a bottle himself. Just incredible.” You can tell that this story still has a huge impact on Clemens Riedl.

For the two wine aficionados, wine isn’t a means of investment but rather of enjoyment. They want no part in fuelling the spiral of speculation and instead sell wine to people that want it for themselves. The Romanée-Conti domaine is considered the most expensive in the world, and hypothetically, their wine achieves an extortionate price on the secondary market – the Austrian importers can expect to pay some thousand euros for a case, for example. When the wine is first released, this case could be worth a lot more over night on the market within a matter of seconds, which makes selling it on straight away a very attractive option. Importers are therefore required to sell the wines mainly to the hospitality trade and not to private clients, and if anyone abuses what can be strict instructions from the vineyard, they risk losing their allocation. It’s also a way for vineyards to prevent speculation, even though there may be some people who like to try out a few tricks, like ordering a bottle to be brought to your room in a hotel and asking for it not to be opened. But of course, that’s something we would never do in a hotel (again).

The core business at “trinkreif” is vintage wines. But how do you get a vintage wine? It requires someone to invest their time, money and passion, because anywhere between five and thirty years could go by before a certain wine is ready to be opened. Added to that, you need storage capacity, capital and patience. “We live in a time when waiting has become very unpopular. For a long time now, patience has no longer been a virtue and has been seen as more of a waste of time. However, waiting often leads to a better result. That’s what we relieve people of – we do the waiting for them,” grins Riedl. And it’s something they like doing, because the wines are just as much a passion for Riedl and Inzinger as they are for their clients. But why is that?

If we’re being honest, wine is a drug. When you drink wine, you get tipsy. There’s something liberating about occasionally being able to put to one side the restrictive corset you might normally wear. Obviously there’s also the complexity of the flavour that can be extracted from a fermented grape, plus I’m also fascinated by its shelf life. I once had the honour of drinking a 1945 Mouton and it’s incredible to think about what they were able to do in a year when Europe was in ruins.

So, water makes beer, the earth makes wine, and it would appear that France was blessed by God. Even those who are wine-lovers by trade will drink a glass of wine in awe. Wines like these from Bordeaux and Burgundy. “Basically, if you drink wine for long enough, you’ll always end up in Burgundy.” After all, that’s where the pinot grapes grow that are used to create the most nuanced wine with the most complex flavour profile. But you shouldn’t drink it when it’s too young, as that would be “like having a fillet steak that’s been cooked for so long you could knock someone out with it,” laughs Clemens Riedl.

And what is good wine worth now?

It is worth being drunk under any circumstances, and best of all among good company, because that’s when we can all agree on the value we find in wine.

A passion for vintage wines is what originally brought Markus Inzinger and Clemens Riedl together. For the two IT professionals, wine is “the most beautiful triviality in the world”. Under the name trinkreif, they started a premium wine business in 2015 specialising in vintage wines. They wanted to share the opportunity to drink vintage wines at a reasonable price, and in doing so provide new insights.