The newly built art depot of the Boijmans van Beuningen Museum in Rotterdam can be considered a work of art in its own right. The architects at MVRDV have designed a massive, mirrored “bowl” with trees growing out of its “lid”. This new building can be admired already – even before the art objects have been installed.

The astonishing new addition to Rotterdam’s Museum Park looks very much like a UFO. It’s almost as if a gigantic, mirrored bowl has landed from outer space and been subdued by the earthly forces of nature. One thing is certain: this extraordinary object intrigues people, which means that the designers have already achieved at least one of their goals. Indeed, the new art depot of the Boijmans van Beuningen Museum aims to entice visitors to indulge in culture. The building will make artistic works accessible to the public that would otherwise remain hidden in storage owing to a lack of exhibition space. The Depot won’t open until autumn 2021, but the new structure has already become a magnet for fans of architecture.

Although no works of art have moved in yet, the Depot Boijmans van Beuningen, designed by the renowned firm MVRDV, is a stunning sight. Towering at a height of 39.5 metres, it resembles a giant upright egg sliced in half. Its mirrored outer shell reflects the surroundings and is crowned by a thriving grove of trees.

In spring, 75 birches grown just for this purpose were hoisted onto the roof with a special crane. By planting the trees, the architects intend to replace public green spaces that had to be sacrificed for the construction. The roof is located on the sixth floor of the “bowl” and will accommodate a restaurant. It will be accessible free of charge via express lift and offer breathtaking views of the city.

Architecture for the art depot

But the most striking feature of the Depot, which has around 15,000 square metres of floor space, is its facade consisting of 6,609 square metres of glass and divided into 1,664 mirror panels. Mounted on the concrete shell, these panels were sponsored by numerous residents and cultural institutions in Rotterdam with a donation of €1,000 apiece.

The mirrored Boijmans building reflects everything that moves, flourishes and grows in the surrounding area – and thus also pays tribute to the beauty of the Museum Park, which landscape architect Yves Brunier created in the 1990s when he was working at the Office for Metropolitan Architecture (OMA).

Open storage instead of out of sight

In this spectacular project, the Boijmans Van Beuningen Museum is aiming to present more art to the public than ever before. Accordingly, MVRDV’s design is entirely dedicated to visitor-friendliness. A remarkable 99 percent of the building will be open to visitors and will showcase the 151,000 objects in the collection.

This is intended to break with a much-criticized tradition. Many international museums can only display six to seven percent of their collections in exhibitions. The remaining 94 percent remain in storage. All is safe hands, of course, yet unseen, which hardly suits the purpose of these objects.

From autumn 2021, visitors to the art depot will be able to see behind the scenes of a museum, completely without guides or specially booked tours. They will be afforded an unhindered view of exhibits, conservation and restoration techniques, safe storage and more. The setting will be inviting while protecting the works of art.

Five large zigzagging sets of stairs extend upwards through the atrium. This makes the interior of the art depot itself reminiscent of etchings by Giovanni Piranesi. The preserved works are stored as efficiently as possible. They are wrapped, displayed in cabinets or exhibited in one of the 13 huge showcases in the atrium.

Prints, drawings and photos are stored in closed rooms, but can be viewed by visitors on request. The film and video collection is shown in special projection rooms.

The arrangement of the showrooms follows specifications for the safe storage of the works. In contrast to the usual practice in museums, epochs and styles play only a secondary role. Boijmans van Beuningen’s art depot comprises five different climate zones that meet the requirements of different materials. A special climate-control system ensures optimum temperature and humidity.

The fact that the building site is a few metres below sea level shouldn’t pose a problem thanks to precautions taken against flooding. The concrete structure is designed to prevent water from penetrating the structure.

In addition, the architects strove to create a sustainable design. Energy and water consumption are to remain as low as possible, even during operation. Hence, geothermal heat exchange, solar panels, LED lighting and high-performance insulation were key elements of the plan. And the Depot has an energy-neutral design for its power consumption as well.

Rainwater is stored in the cellar and used for irrigation and toilet facilities. The water reservoir and garden rooftop minimize water run-off. Any surplus water is diverted to the pond of the neighbouring Het Nieuwe Instituut.

MVRDV worked with MTD landscape architects to develop the wooded area on the roof. The selected birches (Betula pubescens) will grow to a maximum height of ten metres, and are a variety known to be extremely robust and long-living. Special arborists will be responsible for looking after the trees.

Relaxing at the art depot

The green terrace of the art depot will no doubt also attract many guests who are simply looking for a bit of rest and relaxation. Between 150,000 and 250,000 visitors per year are expected.

The design of the mirrored “bowl” intertwines storage rooms and walkways in the building to form a close-knit, inviting network. The architects also allowed artists to participate in the process of designing the new art depot.

Both entrance and atrium are being developed together with Dutch luminaries such as sculptor John Körmeling and photographer Marieke van Diemen. The restaurant was designed by the Amsterdam design studio Concrete, and Swiss artist Pipilotti Rist will create an installation for the new building.

The Depot Boijmans Van Beuningen is being realised with financial support from the City of Rotterdam and the De Verre Bergen Stiftung. Enormous international interest has been generated by the project.

This extraordinary building is regarded as the world’s first bona-fide publicly accessible art storage facility. It also adds a special highlight to the global list of modern museum buildings and is at least as sensational as Norway’s twisted “Kistefos” and the underground “Amos Rex” in Helsinki.Helsinki. 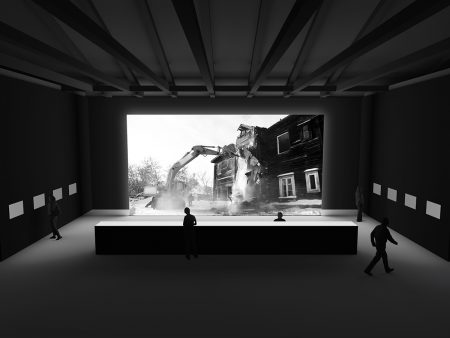 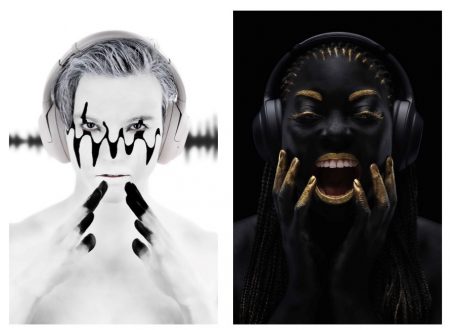