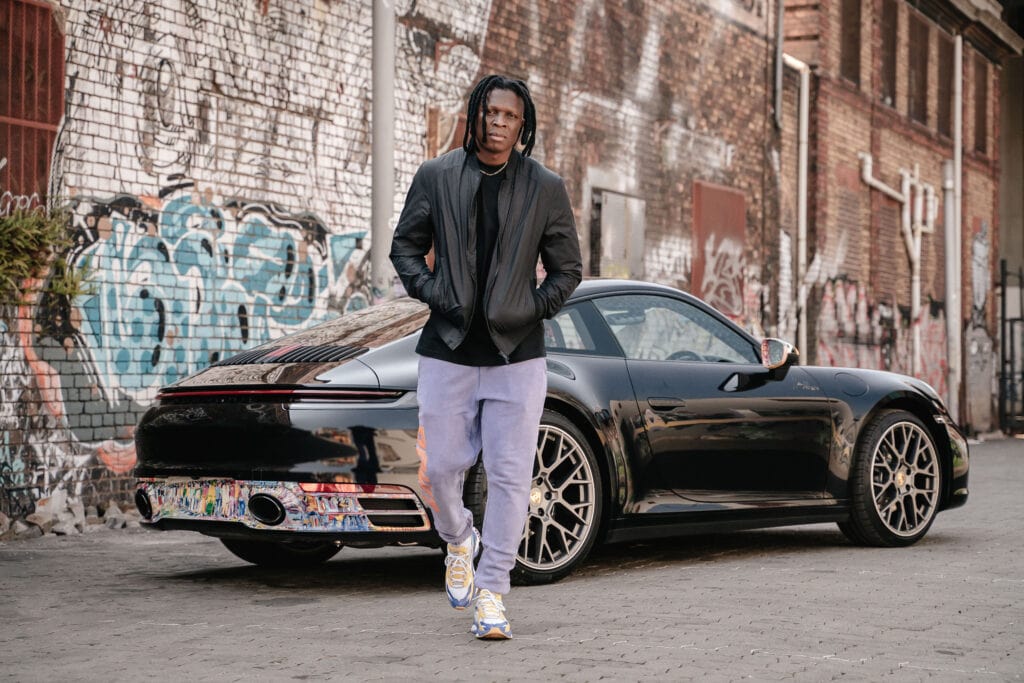 The world-famous South African artist Nelson Makamo recently took delivery of a unique Porsche 911 Carrera Coupé – and it’s proving to be one of his most personal canvases yet.

The striking work of visual artist Nelson Makamo has featured on the cover of TIME Magazine – under the heading ‘The art of optimism – 34 people who are changing how we see the world’ – and has been snapped up by celebrities and collectors the world over. But some of his latest work – that which he has created on his new 911 – is very much for himself.

“My Life in Motion”

Growing up in the 1980s in rural Modimolle, in South Africa’s Limpopo province, a young Makamo fantasised that he would one day hold the keys to his own Porsche 911. What he couldn’t know then was that his time would come after a chance encounter with a modern-day model during a residency in Franschhoek, in Western Cape, reignited that childhood dream. Now a world-famous artist, Makamo ordered a Jet Black Metallic 911 Carrera Coupé and set about turning his car into a moving canvas.

At his Johannesburg studio, he hand-painted a number of his 911’s components and panels before returning them to the team at Porsche Centre Johannesburg for a final layer of lacquer and fitting. These elements included the rear bumper, front seat mouldings, door panel inserts and handles, dash panel inserts, the parking brake console and side mirror covers. He picked the left side door panel insert to feature the inscription ‘Mma’ – three letters that mean ‘mother’ in Makamo’s native language of Sepedi. It marks the first time he has mentioned his mother in his artwork, and the subtle yet deeply meaningful acknowledgement pays tribute to a woman who supported him throughout his life, inspiring him to believe that success through art was possible.

Makamo says the project, which he has called ‘My Life in Motion’, is not just a representation of his success, but also a nod to the various people he has encountered along the way.

“I always knew I was going to own a Porsche, I just never knew that my relationship with the brand would start this way – and it’s only the beginning,”

“Working with Nelson Makamo has been inspirational and this commission is on a level we’ve never seen before. This is a truly bespoke art installation worthy of any gallery. It also illustrates the lengths Porsche South Africa will go to and the creativity and flexibility of our team to accommodate a request as personal as this.”

“Porsche customers have a virtually endless array of options available through Porsche Exclusive Manufaktur to make their Porsche completely individual, but then when a unique customer such as Nelson chooses to do something extraordinary, we are delighted to accommodate his wishes.”

It is Makamo’s hope that his 911 will spark the imagination of African children – to help every young girl and boy see that it is possible to find success through their own passion based on talent, resilience, hard work and the unwavering support of family.

Nelson Makamo, born in 1982, is a Johannesburg based artist. Born with an astounding artistic aptitude he honed his craft at Artist Proof Studios in Johannesburg where he studied print making for 3 years. Makamo has exhibited in group and solo exhibitions in South Africa, France, Italy, America, Netherlands, The United Kingdom, Germany, Amsterdam and Scotland. His first solo exhibition “Walk with Me“, was held at the Obert Contemporary Gallery in Melrose Arch, Johannesburg. His most notable group exhibition was alongside established South African artists in Ten Years of Printmaking: David Krut Print Studio in 2006.

Nelson’s work is strongly influenced by the candid innocents of children. He is particularly gets inspired by children in rural South Africa, he believes that they embody the peace and harmony we all strive for in life. “The search for eternal joy lies in the child within us all, we are just so consumed with worldly things that we forget the simplicity of life through a child’s perspective“, Nelson explains. He evolved his scope of experience so did his medium of expression, namely charcoal, acrylic, water colours, mono-types, silk screen and oil paintings 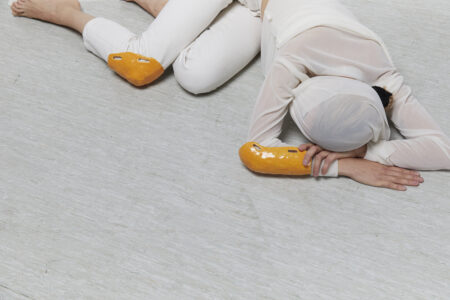 The objects by artist Anna Riess contain many thoughts. Nature and sustainability, the consequences of our presence on the planet, the role of women and, not least, human vulnerability, fragility and transience accompany her in her work with ceramics, metal and textiles ... 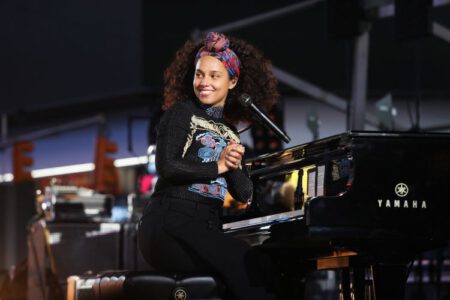