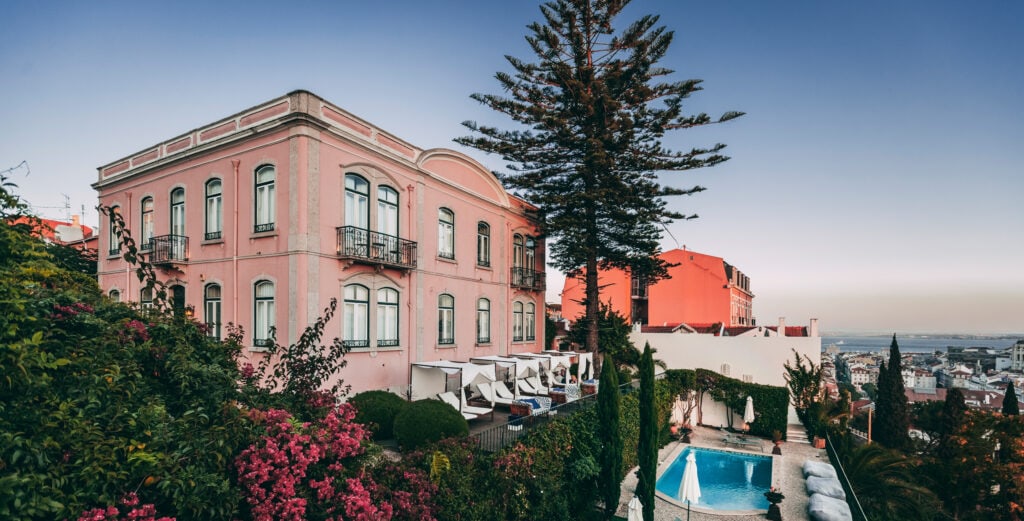 This is where it all started for the Torel Boutiques hotels, and it’s a tale filled with history and sophisticated luxury. Torel Palace Lisbon, the first of their four establishments occupies a picturesque setting on Sant’Ana, one of the seven hills in the historic centre of the Portuguese capital.

Portugal is a tourist destination that moves with the times. Over the past decades, it has evolved from a little-known location on the Atlantic to a mecca for culturally aware tourists and energetic surf fans alike. With temperatures rarely dropping below 15ºC and 290 days of sunshine a year, it’s the perfect place for a small – or large – break from the everyday.

The locals know that, and so does João Pedro Tavares. After taking a break from his 20-year career in finance, he ended up leaving it altogether. He converted an abandoned villa on one of the seven hills in the centre of Lisbon into an elegant oasis of tranquillity amidst the hustle and bustle of the city, and there and then transformed from a banker into a hospitality provider. That laid the foundation for Torel Boutiques, which now has three additional locations.

The first took the name Torel Palace Lisbon, and this hotel most certainly lives up to its name. The exclusive bed and breakfast has been receiving guests since 2013 in two historic palaces and a striking mansion. Within the sensitively restored walls you feel as though you’ve been taken back in time, and can enjoy not only the spectacular view across the capital and the Tagus river, but also modern luxury of the highest level.

The location on the somewhat lesser-known hill Sant’Ana reinforces the feeling of exclusivity that is exuded here. And yet the historic city centre, the Baixa district, is only a few minutes away from this most central of the seven hills. The question is just whether you’ll actually want to leave this breath-taking place at all, because even within the Torel Palace Lisbon itself, there is plenty to explore: the pale blue pool surrounded by cobbles, the stylish Cave 23 bar, the sun-drenched terrace with a superlative view across Lisbon, and simply the exquisite rooms, suites , apartments, penthouse and villa – depending on which royal quarter you’ve chosen.

Torel Palace Lisbon is a MEMBERS OF LIFESTYLEHOTELS