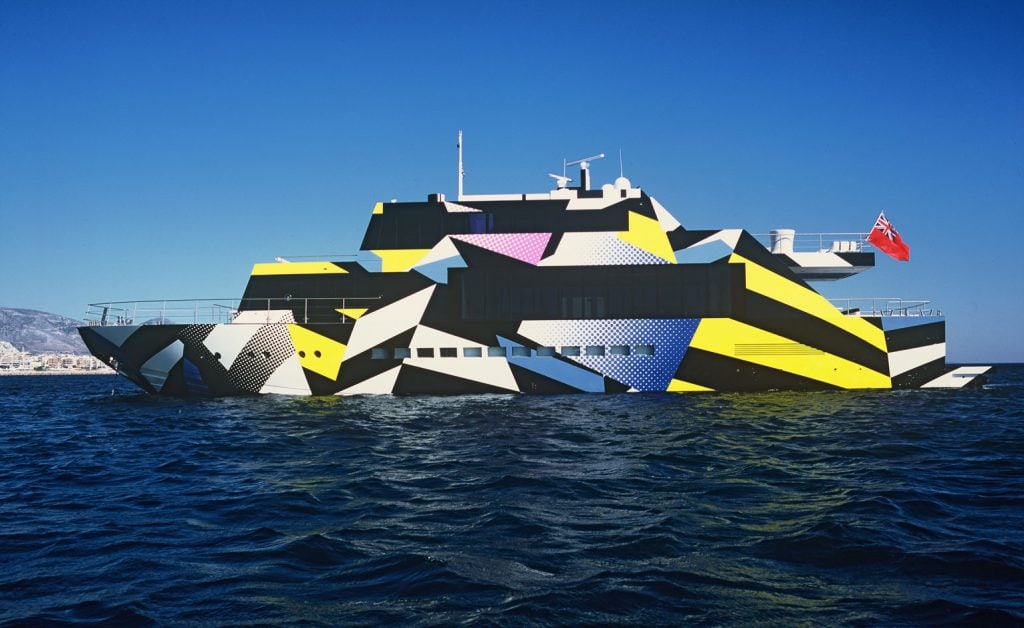 Sometimes, islands can be really pretty lonely. At least, when they are somewhere in the caribbean or can only be accessed by private jet. But don’t worry – that’s not where we’re heading.

Our islands certainly have an island character, but not all of them are such. Obviously, because these islands are sites of art, architecture, design and even fashion. Specifically created places, in which time seems to stand still, places for insiders. And some of them are even projects of the future. Islands of Art as a cultural capital for the generations to come. The most beautiful islands are between Vienna and Marrakesh. Happy surfing.

A garden with soul – ANIMA

Giant trees were moved, exotic plants aligned, bungalows built and fantastic sculptures as landscape citations placed in between. In front of the gates of Marrakesh, there is a free shuttle bus, which runs directly into the garden paradise of Andre Heller in the nearby Ourika Valley. Four times a day, the bus takes visitors from the Parking de la Koutoubia carpark behind the mosque of the same name to Anima. Viennese architect Carmen Widerin also designed the living space as a series of colourful bungalows, located in the heart of the splendid garden. Heller invested about 10 million Euros in the design of the garden, which was previously a bare desert. Iron cages had to be built, to move the 100-year old cacti. During a tour, guests encounter a Noah’s Ark called Hope, an extra-terrestrial sculpture guest, a stele of Keith Haring as well as the mentioned cacti, heads from Cameroon, a lily pond, the gate of hands to the Islamic garden and much more.

Art and nature in Hombroich
In actual fact, Hombroich is known for something quite different. Namely, its missile base. But since the 1980s, the Museum Insel Neuss-Holzheim has been managed by a joint foundation. The magnificently renatured parks and meadows on the Northern bank of the Erft, where free-standing exhibition pavilions can be found, are down to Karl-Heinrich Müller, the Düsseldorf- based art collector. He acquired the island in 1982 and started to realise his concept with visual artists. Over the years, an extensive art collection has developed, with pieces by Hans Arp, Alexander Calder, Paul Cézanne, Eduardo Chillida, Lovis Corinth, Jean Fautrier, Alberto Giacometti, Yves Klein, Gustav Klimt, Henri Matisse, Francis Picabia, Rembrandt van Rijn, Kurt Schwitters, art of the Khmer and artwork from ancient China. The “Haus für Musiker” was completed in 2014 following the plans of Austrian architect Raimund Abraham. The museum has the motto of “Art Parallel to Nature” referring to Paul Cézanne.

Sixties collection on Hydra
What’s floating there? The Cypriot industrialist and art collector Dakis Joannou had this colourful mega-yacht built by Jeff Koons and the Italian yacht designer Ivana Porfiri. The design is modelled on the British Naval Camouflage from the First World War. The floating 35-metre work of art, called “Guilty”, regularly appears at Hydra. This is because Joannou set up a world-famous art collection from the 1960s in the former slaughterhouses on the Greek island. The DESTE Foundation for Contemporary Art is a not-for-profit institution and was founded in Athens in 1983 by Joannou, together with curators Adelina von Fürstenberg and Efi Strousa. An exhibition of Italian artist Roberto Cuoghi can be seen at the slaughterhouse until September. What’s meant by the title of his exhibition, “Putiferio”? Sounds a bit like a riot …

Monet, Jackson Pollock and Tadao Ando on Naoshima
Who doesn’t know the pumpkin sculpture by Japanese artist, Yayoi Kusama? The only thing that is not widely known is its location, as it has since become the emblem of the Japanese island of Naoshima. Star architect Tadao Ando built a real temple of art here. In actual fact, the entire island is studded with objets d’art. At the end of the 1980s, media mogul Soichiro Fukutake needed more room for his collection of modern art. And the Benesse Corporation publishing house wanted to make a mecca of art from Naoshima, an island south of the Honshu region. In the open air, sculptures and installations were created, together with the two art museums Chichu and the Benesse Art House in 1992, in which the extensive collection is housed with pieces by David Hockney, Jackson Pollock, Yves Klein and Jasper Johns together with a hotel. In the largely underground building of the Chichu museum by Tadao Ando, the walk-through neon “Open Space” installation by James Turrell and Walter de Maria casts a spell. A couple of the “Water Lilies” oil paintings by Claude Monet can also be seen here. And Alberto Giacometti’s sculpture “Diego sur stele 1” welcomes guests to the reception of the Benesse House.

Viennese fashion in the Bisovsky Salon
Susanne Bisovsky’s fashion line “Wiener Chic” has been a secret tip for many years. The busy fashion designer has specialised in folkloristic themes, which she implements in a contemporary fashion. Fashion icons such as Iris Apfel, Suzy Menkes and Peggy Siegal are now among her fans. The focus is on the Viennese girl and costumes from the melting pot of a wide range of nations and cultures, which have gathered in Vienna over the centuries. And because Bisovsky is thoroughly creative, her salon in the seventh district is also a total work of art. Over the years, she has beautifully arranged everything she has collected and fitted it into her concept: Tin cans with flowers, porcelain dancers, lace of all kinds and of course, lots of vintage furniture. Her “The Electromagnetic House of Three Viennese Girls” installation could be seen on the Swarovski stage of the Swarovski Wien store until mid-June.

James Bond architecture in Lanzarote
A pool that looks like it came from a Bond film, futuristic sculptures on the roundabout and architecture from the 1970s. Thanks to an initiative by architect César Manrique, the island has been in pristine condition since the 1960s. In keeping with the look, even some of the road markings are missing – site preservation is really taken seriously. The Spanish painter, architect, sculptor and conservationist Manrique decided to convert his home island into one of the most beautiful places in the world after his art degree in New York in 1964. Only the traditional architecture of Lanzarote was to be allowed. In 1968, the government even issued a ban on billboards. Later, Manrique discovered five lava caves when building his house, which were converted into living spaces. In 1974, the El Almacén multi-purpose cultural centre in Arrecife was opened as an international meeting point for art lovers. The Fundación César Manrique is now housed in the home of the artist.

Island of the future on Pingtan
They built the famous Ordos Museumin Mongolia and are in the running for the George Lucas Museum in Chicago. But one project by Chinese-American architects MAD ranks foremost. In Pingtan, an entire island is to be created, which will be adorned with art from all over the world. The Pingtan Art Museum is to be China’s largest private museum, aiming to strengthen the cultural connection between the island and the mainland. The bridge alone, which is to connect the artificial island to the mainland, is to be over 5 kilometres long. Over 1,000 objets d’art will be permanently on display over approximately 40,000 square metres. The museum itself has been under construction since this year and will be built from a material mixture of sand and shells – eco-friendly and historically aware. Because the island was previously a solitary little fishing island. Perhaps this is why it looks so much like a ray.