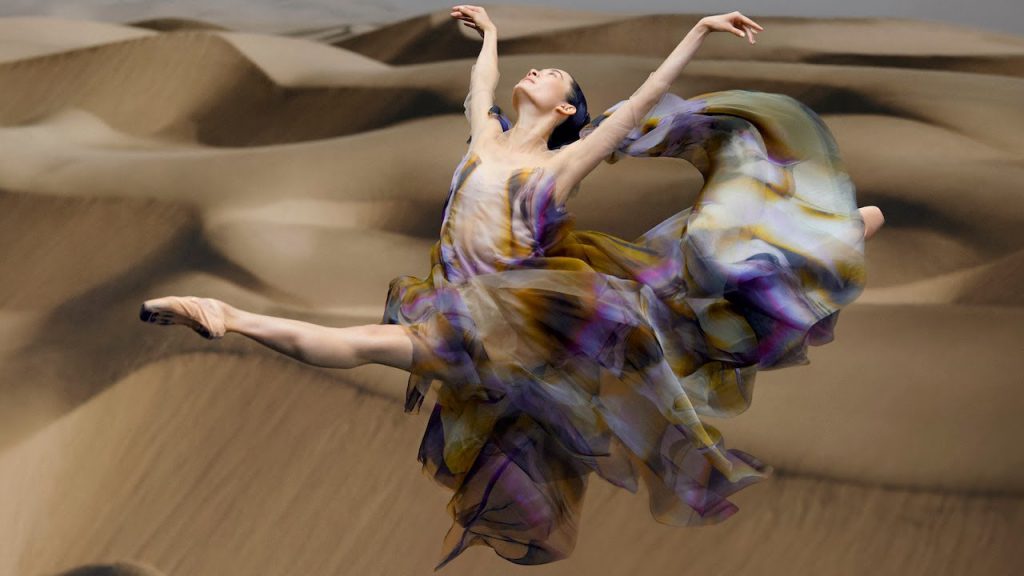 For the ‘Biomimicry’ film, Iris van Herpen and Dutch National Ballet explore the symbiotic relationship between the metamorphic force in which fashion and dance interlace. The film, directed by Ryan McDaniels, sees the mesmeric dancer JingJing Mao undulating into liquescent shapes and transcending into graceful figures that reflect her myriad of movements.

Dazing in the warm shades of technicoloured organza, Mao defies gravity while gracefully floating through the air. Other times, the dancer sets translucent 3D hand-casted PU into motion, creating new patterns that play with the viewer’s perspective. Fashion and dance become a catalyst for transformation, unfolding the blue gown into spheroid silhouettes.

The concept of the creation stems from the notion of biomimicry — the design and production of materials and systems that are modelled on biological processes. In line with Iris van Herpen’s continuous pursuit to materialise the invisible forces that structure the world, the film focusses on the bond between humanity and nature.

The dancer — symbolising strength and determination — finds herself in a future in which mankind, science and nature are closely interwoven. This is also mirrored within the music, composed by Thijs de Vlieger and Lavinia Meijer. Deeply rooted in dichotomies, the music encompasses subjects such as machines and nature as well as soul and control, searching for unfamiliar synthesis in familiar organisms.

This synergic collaboration comes as a natural evolution of Iris van Herpen’s multidisciplinary approach to the art of fashion and matches seamlessly with Dutch National Ballet’s practice of co-creating with leading visual artists, photographers and designers. Van Herpen’s background in classical ballet metamorphoses this collaboration into a hybrid dance in search for freedom of form. The brand’s pioneering vision of coalescing fashion and dance comes to life through JingJing Mao who is guided by Movement Director Juanjo Arqués, a gifted creative associate with Dutch National Ballet. Arqués made intuitive use of the surrounding eclectic elements to explore the direction Iris van Herpen’s designs take him.

Fluid and sustainable work environments: Frigerio Design Group designs an evocative and permeable headquarters for the Italian brand of prêt à porter, seeking the wellbeing of employees and the planet ... 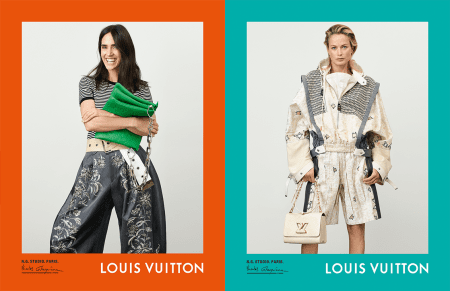